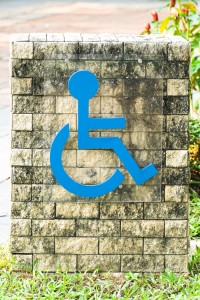 Yesterday the U.S. Senate began debating whether or not to ratify the United Nation’s Convention on the Rights of Persons with Disabilities treaty, which would recognize fundamental human rights for persons living with disabilities on an international level. Currently 124 countries have ratified the treaty, and 154 have signed it including the United States.

The treaty requires a two-thirds majority vote in the Senate in order to be ratified. However, over 30 conservative senators have already pledged to block any international treaty up for debate during the lame duck session. Many conservatives fear that ratifying the treaty would present a challenge to U.S. sovereignty. In addition, the Convention on the Rights of Persons with Disabilities requires that persons with disabilities have equal access to reproductive health care, which some argue will lead to more abortions.

A wheelchair from Shutterstock