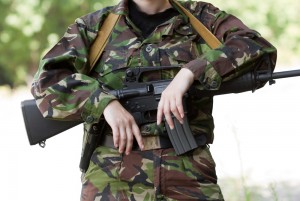 Last night the Senate voted to approve the National Defense Authorization Act, which details the military’s budget and spending for 2013 and expands servicewomen’s right to abortion access.

The NDAA would extend insurance coverage for abortion to military women who were raped. Currently, federal law prohibits servicewomen from using their insurance to cover an abortion for a pregnancy resulting from rape, forcing them to pay for the procedure out of pocket. The NDAA was approved with 98 votes in favor of its passage and zero against. Two senators, Kirk (R-IL) and Rockefeller (D-WV), did not participate in the vote.

Senator Jeanne Shaheen (D-NH), the sponsor of the bill, told the Huffington Post, “It’s simply unfair that we’ve singled out the women who are putting their lives on the line in the military. We have young women who are starting out making $18,000 a year, and they just are not able to deal with this situation on the private side when it happens to them.” She hopes to convince House Republicans that the provision isn’t about abortion, but fair treatment of servicewomen.

In addition, the version passed in the Senate did not include a discriminatory provision that would have allowed discrimination based on sexual orientation, gender, and race if the medical provider had a moral or religious justification. This provision, added by Representative Todd Akin (known for his infamous “legitimate rape” comments), was part of the version of the bill approved by the House in May.

Female soldier with hands on her rifle from Shutterstock