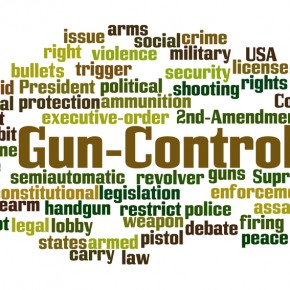 The Senate rejected a bill that would have expanded the scope of background checks for potential gun owners on Wednesday. In a speech following the defeat, President Obama cited conservative control of the Senate as the reason for the loss: “A few minutes ago, 90% of Democrats in the Senate just voted for [gun control]. But it’s not going to happen because 90% of Republicans in the Senate just voted against that idea.” One senator, Joe Manchin, (D-WV), recently suggested that his fellow members were inclined to vote the bill down because of political pressure from the National Rifle Association.

Multiple sources agree that 90 percent of Americans approve of universal background checks and more stringent requirements for gun owners in general. Vice President Joe Biden explained Wednesday’s outcome despite that fact with a quote from a conversation he had with a Congressperson: “that 10 percent who doesn’t agree [with gun control], they are going to show up. They’re going to show up and vote.” The Washington Post reports that NRA members and other anti-gun control advocates visit their representatives with more frequency than pro-gun control individuals.

In anticipation of heightened efforts by the pro-gun control lobby, a representative from the organization stated “we are prepared for a very long war and a very expensive war.”

The National Rifle Association and its supporters have been active in opposing gun control measures since December 2012. In response to the shooting at Sandy Hook Elementary, CEO Wayne LaPierre called for protective measures in the form of armed sentinels in schools and other public places, not limitations on who can and cannot purchase arms. He said gun control legislation violates the Second Amendment.