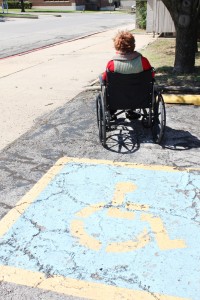 Today the Senate rejected the ratification of the United Nation’s Convention on the Rights of Persons with Disabilities by a vote of 61 for and 38 against. Because the treaty did not gain two thirds of the Senate or 66 of the 99 Senators voting for approval of the action, the treaty automatically fails. Senator Kirk (R) of Illinois was absent due to illness. The treaty would recognize fundamental human rights for persons living with disabilities on an international level. Currently 124 countries have ratified the treaty, and 154 have signed it including the United States.

The 38 no votes, cast entirely by Republicans, echoes a pledge earlier this year by many conservatives to block any international treaty brought before the Senate during the lame duck session. Only seven Republicans voted in favor of ratification.

Eleanor Smeal, President of the Feminist Majority, stated “I’m shocked that all Republican Senators except for seven would vote no for rights for persons with disabilities even though the Chamber of Commerce was for the treaty.”

Person in a wheelchair sitting from Shutterstock