Engaging the US in the global fight to end gender-based violence will take center stage tomorrow as part of a Senate subcommittee hearing aimed at fully combating violence and discrimination against women worldwide. 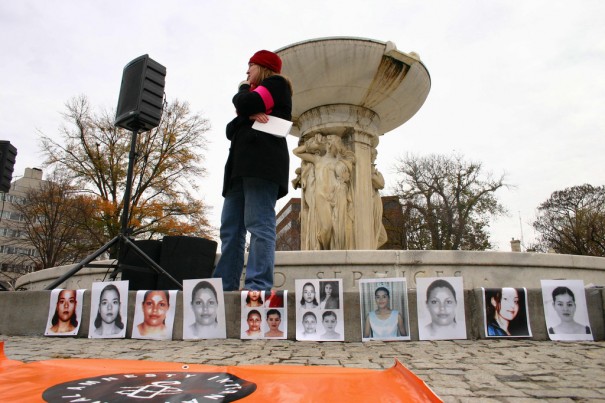 The Senate Subcommittee hearing will focus on how the US and the international community can work to prevent violence against women, promote women’s rights, and empower women and girls globally. Senator Boxer introduced the bipartisan International Violence Against Women Act (IVAWA) in May as a step toward reducing violence against women worldwide. The international community has also used the Convention on the Elimination of all forms of Discrimination Against Women (CEDAW), also known as the Women’s Treaty, as a tool to fight violence against women globally. Although 187 countries have ratified the treaty, the US has not, joining Iran, Somalia, Sudan, South Sudan, Tonga, and Palau in its failure to ratify CEDAW.

Gender-based violence is the most widespread human rights violation around the world. According to the World Health Organization at least 35% of women worldwide have experienced either intimate partner violence or non-partner sexual violence in their lifetime, although some national studies show prevalence rates as high as 70%. In conflict zones, women are more susceptible to rape, which has been systematically used as a weapon of war. Child marriage also continues to be a scourge. More than 64 million girls worldwide are child brides who suffer from sexual assault and life-threatening early pregnancy. One in nine girls in the developing world are married before age 15, and 90% of pregnancies to girls under age 18 occur within child marriage according to a recent UNFPA report.

Follow @FemMajority for live tweets during tomorrow’s hearing, starting at 9:45am.You can also watch the webcast.