That was the demand today by the 4,000 women in New York City’s Interborough Teachers’ Association. Having gotten nowhere with the Board of Education, they’re now planning to go to the New York State Legislature. At present, women’s elementary school teaching salaries start at $600 a year, and can rise to a maximum of $1,440 after 11 years if they pass extra examinations. Male teachers begin with a salary of $900 a year, and can reach $2,400 after 11 years if they pass the same extra examinations.

However, a woman teacher who teaches a boys’ class can earn a $60 a year bonus, though for many that isn’t nearly enough. District Superintendent Grace Strachan says that women teachers who switch to boys’ classes often quickly demand to be transferred back to teaching girls. According to Kate Hogan, the I.T.A.’s president, it is with the hardy group of women who continue to teach boys that the battle for equality will begin:

We are going to be true to our cry, ‘equal pay for equal work,’ in our fight. The work of equalization of salaries will be principally in making the salary of a teacher of a boys’ class equal to that of a man teacher. 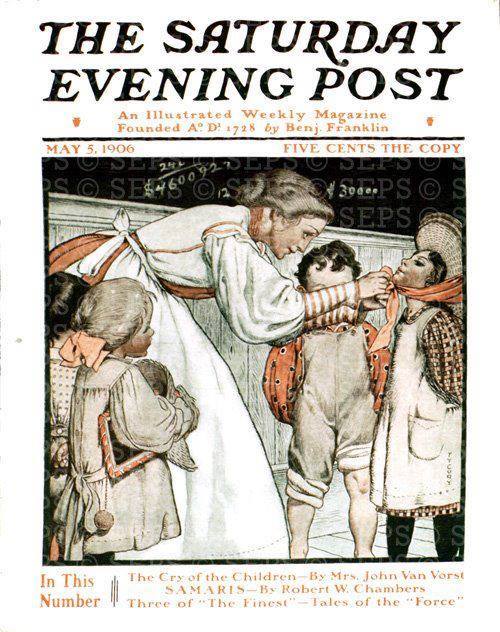 But that’s only the beginning. “When we started our campaign for ‘equal pay for equal work,’ we announced that all women in the system would profit by it, and they will,” Hogan said today, as reassurance to the women who prefer to teach girls.

One powerful ally in the teachers’ fight may be President Theodore Roosevelt. Six years ago, when he was still Governor of New York, he signed the Davis Act, an educational reform passed by the State Legislature. At the time he expressed disapproval of the provision setting a wide discrepancy between the salaries paid to male and female teachers. But since it was highly unlikely that the bill could be revised, and because the salary differences were narrower than those which existed at the time, and both sexes had their salaries raised, he gave the bill his signature, hoping the flaws could be fixed in the future.

But six years later, the problem of unequal pay for women teachers is still unresolved. Last year, a dissident faction of the Class Teachers’ Association led the campaign. They sent out a circular saying:

The time is ripe to establish the principle of equal pay for equal work. Why should a woman’s minimum annual salary be $300 less than a man’s, and why should her maximum salary be $960 less than a man’s? The women teachers do the same work, are exempt from no rules or duties, and most of them have fathers, mothers, sisters or brothers dependent upon them. Why, then, should women not receive the same salaries? Let us make a strong, united effort to bring about a consummation of what is so manifestly just.

This year it is the I.T.A. that has become militant. The Board of Education was given the power to equalize pay, but did not do so this Spring when the women made a strong, united appeal. Their proposal was rejected without a single dissenting vote. Now the teachers have decided to go directly to the highest lawmaking body in the State, and the one that passed the Davis Act in the first place. Since they do not want the Act itself repealed, only amended in regard to equal salaries, they think that they have a chance of success, and have already gotten support from some legislators.

A mass meeting will be held on Saturday, October 6th, in the old City College of New York Building, on 23rd Street, to determine how to proceed with the campaign. All those supportive of “equal pay for equal work” should attend. A victory in this fight will not just bring economic justice to New York’s women teachers, but hopefully start a national trend, resulting in equal pay for women in all fields of endeavor while this new century is still young.