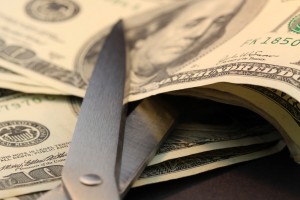 On Sunday, the White House released a comprehensive list of the impact the possible sequester cuts will have on each state if an agreement is not reached by Congress before March 1st. The list revealed shocking cuts to programs heavily relied upon by women in each state.

If the sequester goes into effect, one of the hardest hit areas will be education. California, Texas, and Florida will see the largest decreases in funding of public K-12 education, risking an estimated 2,890 teacher jobs at the grade school level. These states also could see large decreases in funding for programs focusing on education for children with disabilities. Higher education will also be impacted by reduced funding in financial aid and work study jobs that benefit primarily low-income students.

Another program that is set to be cut under the sequester is the STOP Violence Against Women Program. This program was created under the Violence Against Women Act (VAWA) of 1994, and provides grants to violence prevention programs. The three states that would see the greatest cuts in the STOP program are California, Texas, and New York. These three states alone could lose funding that would benefit an estimated 6,700 victims of violence. A total of $13 million would be cut for violence prevention across the country.

Sequester cuts will also impact government funding of child care programs. New York, Texas, and California would again be the three states most impacted by these cuts. Child care program funding is essential for working families that cannot afford private child care. In addition, California, Texas, and Florida would also see the largest cuts in funding for child vaccinations. An estimated 32,990 children would not be able to receive vaccines.