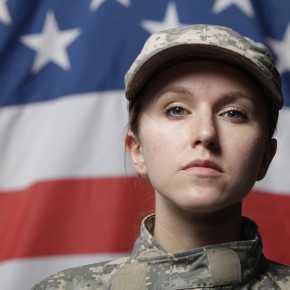 At a press conference this morning, Congresswomen Jackie Speier (D-CA) announced that she is reintroducing the Sexual Assault Training Oversight and Prevention Act (STOP Act) to address sexual assault in the military.

In an official statement, Speier said “The epidemic of military rape and sexual assault is a damning indictment of the military judicial system’s treatment of these cases. True justice demands impartiality which is absent in a system that relies on individual commanders who have no legal expertise to determine which assailants get prosecuted and which go free. Instead of commanders making decisions about guilt or innocence, no matter how senior, an independent military office of trained experts should determine how these cases are treated.”

At the press conference, Feminist Majority Government Relations Director, Norma Gattsek, said “The military structure for the handling of sexual assault is, in itself, a barrier to real justice. The atmosphere and the treatment of survivors deter them from reporting crimes and the perpetrators continue unabated. For all too many, it has meant leaving work they love, they are trained to do and that they do well. This is our loss.”

The STOP Act, which has 83 co-sponsors, would take sexual assault cases out of the hands of chains of command and place it under the jurisdiction of an autonomous Sexual Assault Oversight and Response Office which will be comprised of civilian and military personnel. This would prevent officers from being able to overturn sexual assault convictions like in a case last month.

Female soldier in front of US flag from shutterstock