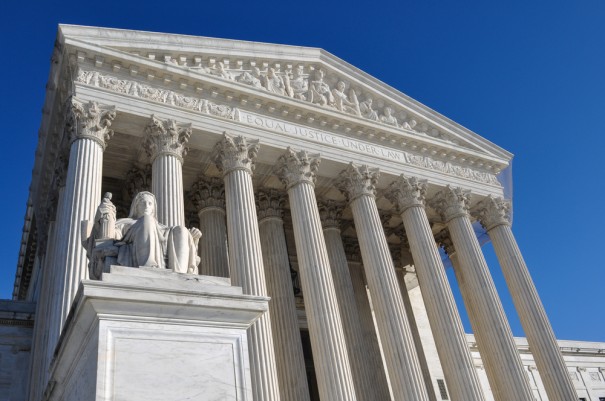 The Supreme Court ruled yesterday with a six-justice majority that the “Anti-Prostitution Loyalty Oath” (APLO) in the 2003 United States Leadership Against HIV/AIDS, Tuberculosis, and Malaria act violated the First Amendment and was unconstitutional. The APLO required groups receiving government funds to fight HIV/AIDS around the globe to adopt policies opposing prostitution and human trafficking.

Chief Justice John G. Roberts, who wrote the decision for the majority, worried that the APLO “may alienate certain host governments, and may diminish the effectiveness of some of their programs.” Marine Buissonniere, who directs the group Open Society Public Health Program opposing the APLO, agrees. “Public health groups cannot tell sex workers that we ‘oppose them’,” she said, “yet expect them to be partners in preventing HIV.”

Groups within the United States will no longer be required to agree to the APLO to receive funding for work done abroad. Groups from overseas may still be required to agree. Research presented at the July 2012 International AIDS Conference found that the APLO hurt US HIV programs by encouraging groups to limit or eliminate programs that targeted sex workers in fear of losing their funding.

Justices Kennedy, Ginsburg, Breyer, Alito, and Sotomayor came together for the majority decision Thursday. Justices Scalia and Thomas dissented. Justice Kagan recused herself from the case.