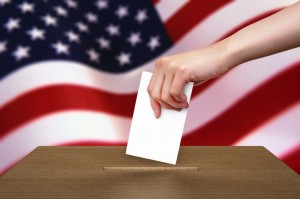 On Monday, the United States Supreme Court struck down an Arizona law requiring voters to provide proof of citizenship before being allowed register to vote.

In an opinion written [PDF] by Justice Antonin Scalia, the Court ruled that the Arizona statute violated the National Voter Registration Act (NVRA, also known as the “Motor Voter Law”) of 1993, which created a federal form that individuals can mail in to register to vote in federal elections. No proof of citizenship is required to complete the form, however each applicant must sign that he or she is a citizen of the United States under penalty of perjury. Scalia wrote, “We conclude that the fairest reading of the statute is that a state-imposed requirement of evidence of citizenship not required by the Federal Form is ‘inconsistent with’ the NVRA’s mandate that States ‘accept and use’ the Federal Form.” He continued, “The states’ role in regulating congressional elections – while weighty and worthy of respect – has always existed subject to the express qualification that it terminates according to federal law.”

Justice Kennedy concurred with six other justices, but submitted his own opinion. Justices Clarence Thomas and Samuel Alito dissented from the majority ruling, arguing that states had the final right to determine voter eligibility, even in federal elections, and can request supplemental information to confirm a person’s eligibility respectively.