The Asia Foundation, a nonprofit international development organization, has released its 12th annual Afghan opinion survey entitled Afghanistan in 2016: A Survey of the Afghan People.

The survey reveals that although people in Afghanistan are more hesitant about their future and security than previous years, there are still some signs of hope and improvement in everyday life.

There are encouraging signs of increased access to technology, especially in urban areas. People’s access to the internet and television is rapidly increasing, which appears to progress communities views on women’s roles in their society.  The survey found that among urban Afghans, 83.2 percent have a television, and 61.4 percent have a refrigerator or washing machine. Another improvement is people’s access to cellphones and landlines. According to the survey, the number of people who have household cellphones increased from 82.3% in 2015 to 88.8% in 2016. Landline phones also increased from 53.7% in 2015 to 59.3% in 2016.

Despite the increased security concerns, when the survey asked women to name the greatest challenge they face in their area, 36.1 percent voiced concern over illiteracy and access to education. Fifty-two percent of Afghans reported that they have no formal or informal education, a statistic that is comprised of 66.4 percent of women and 37.7 percent of men. While 23.4 percent of men say they have never attended any type of government school or madrasa, the number climbs to 51 percent for women.

While most women respondents cited education as the greatest challenge facing women, 22.9 percent of women reported unemployment as the bigger issue. While 22.6 percent of respondents in 2015 said that women contributed to their overall household income, that number dropped to 19.1 percent in 2016.

The Asia Foundation has been conducting this survey of the Afghan people for the past 12 years. This year’s survey polled 12,658 Afghans, 52.7 percent of whom are men and 47.4 percent of whom are women, gauging their positions on issues ranging from perception of security and government services, to women’s issues and migration. Participants represented 16 different ethnic groups from all 34 provinces of Afghanistan. 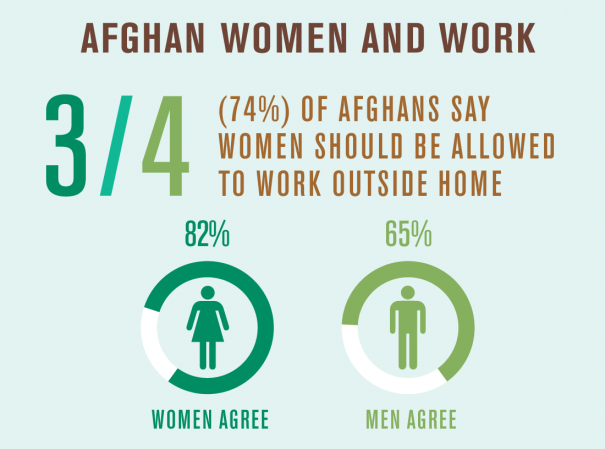 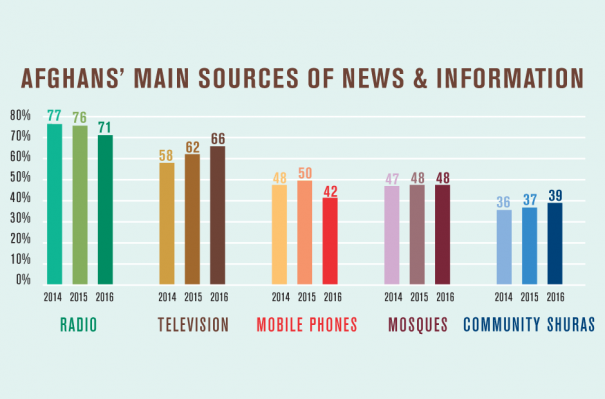 A desire to emigrate from Afghanistan fell to a record low in 2016, from 39.9 percent in 2015 to 29.6 percent in 2016, despite insecurity over corruption and rising unemployment. This drop was the largest on record for the survey. 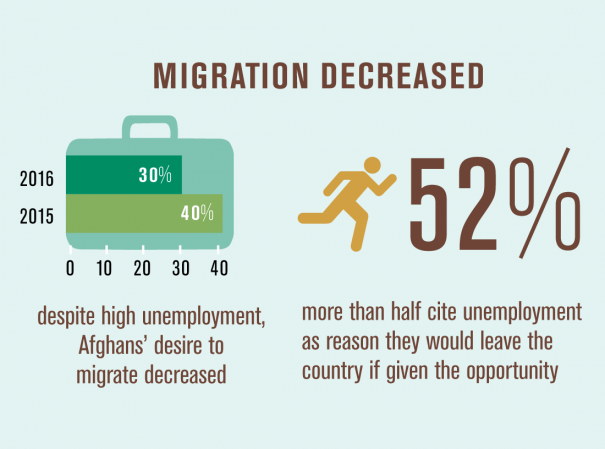