In a 7-1 vote yesterday, the Syracuse Common Council amended the Syracuse Fair Practice Law to include the protection of transgender and gender non-conforming people against discrimination. The passage of this legislation will prohibit discrimination in employment, housing, and public accommodations (such as restaurants, hotels, and stores) based on a person’s gender identity or expression. 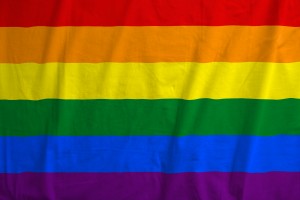 reaffirmed our city’s commitment to respecting the civil rights and basic human dignity of all residents. Nobody should be denied service at a doctor’s office or fired from a job because of the way they express their gender. We applaud the Common Council for closing this gap in local anti-discrimination laws across upstate New York.”

According to NYCLU, with the passage of this legislation in Syracuse, every major city in New York State has now passed similar nondiscrimination legislation protecting the rights of transgender and gender non-conforming people. However, the New York State Senate is blocking the consideration of the Gender Expression Non-Discrimination Act (GENDA), which would prohibit such discrimination at the state level. .

On the subject of GENDA, Gewanter said, “The strength of people’s civil rights protections shouldn’t depend on whether they live in an urban area. It’s time for our state legislators to stand up for true equality and fairness by supporting GENDA.”

Fabric texture of the flag of the LGBT movement photo from Shutterstock.