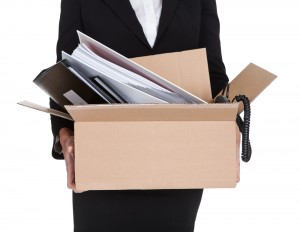 Second-grade teacher Carie Charlesworth was fired by Holy Trinity School in San Diego because of the events that followed her reporting her husband’s domestic abuse. Her termination, which took full effect in April, has prompted her to speak out against the district’s decision.

School officials sent Charlesworth a letter on April 11 terminating her 14-year tenure as a second-grade teacher, citing concerns about her husband’s “threatening and menacing behavior.” In January, she went on leave after a situation in which she called the police to report her husband three times. The next day, her abuser appeared in the school’s parking lot and sent the school into lockdown. At that moment, Charlesworth and her four children were put on indefinite leave from teaching or attending the Diocese school. Three months later, she was told by the school that they “simply cannot allow” her to return to work. Her children no longer attend the school.

“They’ve taken away my ability to care for my kids,” Charlesworth told local news reporters at KNSD, sharing her anxieties about finding another position before her salary ends in August. “I mean that’s why women of domestic violence don’t come forward,” she added, “because they’re afraid of the way people are going to see them, view them, perceive them, treat them.”

In 2011, a study commissioned by Legal Aid Society-Employment Law Center revealed that 40 percent of domestic violence survivors in California report being fired or fearing termination. Charlesworth is no longer allowed to teach at any other Diocesan school.