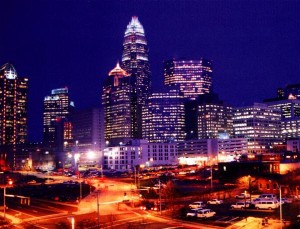 The posters have the word “WANTED” in large black letters at the top and contain the following language: “We would like to introduce you to Drs. X and Y [names withheld here]. Their specialties are Obstetrics, Gynecology and Murder. Not only do these two men assist women and deliver babies, but they also harm women and kill babies…. You may contact them at their office or the clinic in which they perform the abortions.”

Using the real names of the doctors, and the addresses of their private practices, these posters have recently shown up in Charlotte, N.C.  They are terrifying, and that is precisely their intention, as they invoke comparison to the notorious Old West-style wanted posters of abortion doctors that were circulated by two militant anti-abortion groups in the early 1990s. Three abortion-providing doctors—whose faces appeared on  WANTED or unWANTED posters were, in fact, murdered by anti-abortion zealots.

In a celebrated case, the U.S. Court of Appeals for the 9th Circuit held that these posters constituted a “threat of force” designed to intimidate abortion providers (in violation of the Freedom of Access to Clinic Entrances, or FACE Act), and were thus not protected by the First Amendment on free speech grounds. The Court also noted that extremists had listed the doctors’ information, including home addresses, on a “Nuremberg Files” website. The names of doctors who were killed were lined through in black, and wounded doctors’ names were lined through in grey.

So one can imagine the fears engendered by this latest round of postering. But they’re just the latest straw in what the beleaguered staff of the Family Reproductive Health clinic in Charlotte has had to put up with.  In 2002, the high-profile antiabortion extremist Philip “Flip” Benham, formerly head of Operation Rescue and now heading Operation Save America, moved to the Charlotte area and vowed to close down Family Reproductive Health.

He has not succeeded, but he and his followers have made daily operations  harrowing for both clinic staff and patients. As seen in a Youtube video that should be required viewing for police departments and judges across the country,  Benham terrorizes patients as they enter the clinic, screaming at them that “Satan will drink the blood of your babies” and that the women themselves will “go to your deaths” if they follow through with their planned procedures.

This bullying of patients—calling them “whores” is commonplace, Kenya, the clinic director told me—is frequently made through a microphone amplified to deafening levels. Benham and his group swarm over patients’ cars as they enter the parking lot, and come within inches of staff and patients as they enter and exit the clinic’s driveway and doors.

Not surprisingly, patients frequently arrive inside the clinic frightened, confused and sometimes quite angry. “We try to prepare them for this when they make their appointment,” Kenya said, “but until you go through something like this, you can’t imagine what it’s like.”

Where are the police in all this? Whenever an officer is present at the clinic, according to Kenya, he doesn’t do enough. “He doesn’t check the decibel level of the sound system, he lets them [the anti-abortion protestors] place their signs on our fence, he doesn’t interfere when they swarm over our patients’ cars. Even with the police right there, we sometimes have to call 911.”

This muted police response may well be due to an ongoing lawsuit that Benham’s Operation Save America filed against the city of Charlotte, charging violations of the group’s First Amendment rights because of the city’s failure to grant a festival permit several years ago. As previously reported in Ms., aggressive legal action—often resulting in financial penalties for cash-strapped cities—is a recent antiabortion tactic which can stymie local police departments.

Kenya and her staff keep the clinic going under conditions most of us would find unendurable. When I ask how she and others can stay the course under such relenting pressures, she tells me, “We believe in what we do. We know we are helping.  Some of us came to work here after being patients here ourselves.”

Comments on this piece? We want to hear them! Sent to letterstotheeditor@msmagazine.com. To have your letter  considered for publication, please include your city and state.

For more hard-hitting feminist news and commentary, join the Ms. community and have Ms. delivered to your door!