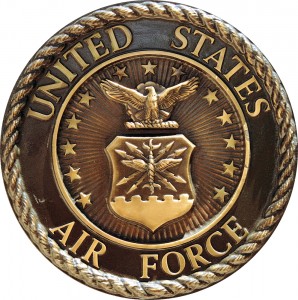 Technical Sergeant Jaime Rodriguez was sentenced Friday to 27 years in prison for sexually assaulting over 20 women during his 13-year tenure in the Air Force. Rodriguez, 34, was a recruiter at Lackland Air Force Base who worked frequently with high school students seeking careers in the military branch. 18 women testified against him in the case.

Rodriguez’s sentence is the longest prison term to date in an Air Force scandal.

During his hearing, Rodriguez revealed patterns of sexually violent and abusive behavior which he initiated with victims as young as 17. According to his testimony, he would often initiate or attempt to initiate sexual relationships with recruits upon their first meeting at his Houston-area office, following up his flirtatious behavior with texts, phone calls, and Yahoo! instant messages about sex and sometimes containing graphic sexual imagery. He would attempt to make clear during these liaisons that the victims were not to talk to people about what was happening. Many women left the Air Force or pursued careers in other branches of the armed forces after their experiences with Rodriguez.

“I was very innocent and naive,” one victim testified. She was on active duty when Rodriguez and another recruiter began asking her sexually explicit questions on her second day in the force. “I had never been in a situation like that before,” she added on the stand.

Another victim received, according to records, 934 phone calls or text messages from Rodriguez between September and October 2011. These were made from his government-issued cell phone. “It became more, like, predatory,” she testified, explaining that he had been professional during their initial meeting but then began frequently contacting her. Her mother eventually discovered suggestive images on her cell phone, including a photograph of Rodriguez in his boxers, which she found “disturbing.” According to a Marine recruiter, Rodriguez later sought to create and send fraudulent email correspondence from her mother claiming that she wouldn’t press charges.

In addition to Rodriguez’s prison sentence, he was reduced in rank to the lowest in the Air Force of airman basic. He will be dishonorably discharged once he leaves prison. He will forfeit all pay and allowances.