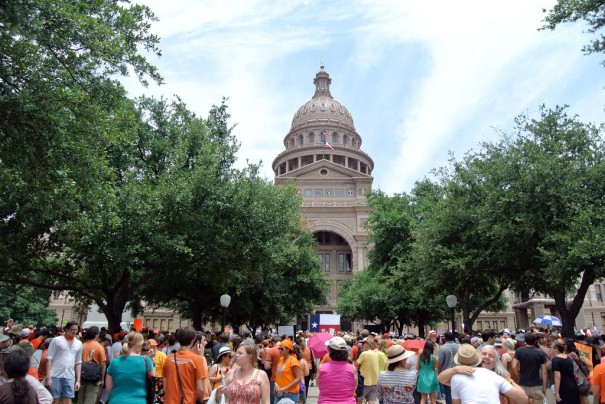 On Thursday, Texas Governor Rick Perry signed a controversial abortion ban, also known as HB 2, into law, officially limiting access to 20 weeks and establishing new regulations for abortion clinics and providers within the state. Two hours later, state Rep. Phil King introduced a bill, HB 59, to restrict abortions even further, this time to six weeks, or when a doctor is able to identify the heartbeat of a fetus.

Roe v. Wade, the Supreme Court decision on abortion made over 40 years ago, set a standard to allow legal, unrestricted abortion access up until the point of “viability,” or before 24 weeks. Included in HB 59 is language stating that the 6-week ban would go into affect only if Roe were overturned , negating any claims of the bill’s unconstitutionality. At this time, North Dakota is the only state to ban abortion access after six weeks.

The future of HB 59 is relatively uncertain, as the Texas legislature is currently within its second special session of the year. This extended session will end on July 31st, leaving a fair amount of doubt if the legislature will have the time to debate HB 59 .