The First Amendment of the U.S. Constitution guarantees the right of the people to petition the government for a redress of grievances. If you think fact that after 225 years the Constitution still does not guarantee women equal rights with men is a grievance in need of redressing, then you can do something about it with a click.

The Equal Rights Amendment? Are we still talking about that? Don’t we already have it?

Though most people think women are already equal in the U.S. Constitution, they’re wrong. The only constitutional right specifically guaranteed to women on an equal basis with men is the right to vote, affirmed by the 19th Amendment in 1920 after an arduous 72-year political struggle.

The campaign for the Equal Rights Amendment (ERA) has been even longer and at least as grueling.

Written in 1923 by suffrage leader Alice Paul, the ERA was introduced into every session of congress until it passed in 1972 and went to the states for ratification. Paul died in 1977, months after the amendment got its 35th state ratification — three short of the necessary 38. Well-funded conservative anti-ERA forces stopped the drive in its tracks before the clock ran out on a 1982 ratification deadline. Some main objections? We might have unisex toilets! Women could be drafted!

Now that people are used to unisex airline toilets and combat jobs are at last open to women, why bother with an ERA? Let us count the ways: the pay gap between women and men remains at 78 cents on the dollar, women can be charged more for all kinds of insurance coverage (though the Affordable Care Act puts an end to that practice in health insurance), and those same women who will be leading the charge in combat still can’t get full reproductive health care while in the military, even if they’re pregnant as the result of rape.

But the main reason we still need an ERA is that none of rights women have – except the right to vote — are enshrined in the constitution. That recently acquired right to serve in combat and therefore have a shot at the highest military jobs is just a rule that can easily be changed again.

And all the other rights women have under the law are merely statutory. That means there’s no guarantee that we can’t lose the right to equal credit, equal shots at jobs and promotions, 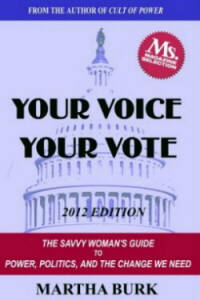 protection from being fired for being pregnant, and equal access to school and university programs including sports, law, and medicine. All of these forms of discrimination were once legal, and are now outlawed by statutes — laws that can be overturned by hostile legislators.

But they wouldn’t do that, would they? Need I point out the current push to deny birth control under the Affordable Care Act?

Lack of an Equal Rights Amendment has already hurt generations of women. Luanne Smith of Burke, Virginia, who retired as a Commander from the U.S. Navy in 1995 after a 21-year career, believes that the country’s failure to add the ERA to the constitution is the reason she never achieved one of her most desired goals — assignment to a sea-going ship.

Luanne set up the Facebook group ERA Now and joined forces with Tammy Simkins of Chillicothe, Ohio, to lead the ERA White House petition drive, posted on the White House We the People website on January 11th, Paul’s birthday. Even though the administration upped the required number of signatures for action to 100,000 on January 17th, theirs was “grandmothered in” at 25,000. If that goal is reached by the midnight February 9th deadline, the White House will issue an official response.

Not sure about signing on to something that’s undoubtedly full of legalese and probably impossible to understand? Here’s the ERA in it’s entirety: “Equality of rights under the law shall not be denied or abridged by the United States or by any state on account of sex. The Congress shall have the power to enforce, by appropriate legislation, the provisions of this article. This amendment shall take effect two years after the date of ratification.”

Roberta Francis, co-chair of the ERA Task Force of the National Council of Women’s Organizations, says the signature count is over the halfway point, but needs to grow faster to reach 25,000 by the deadline: “Everyone who supports basic equal rights for women needs to spread the word as widely as possible, through organizational communications, websites, email, Facebook, and other social media.”

Petitioning the government is easy these days — all it takes is a click. Sign the petition urging the Obama Administration to “vigorously support women’s rights by fully engaging in efforts to ratify the Equal Rights Amendment (ERA).”

And pass on the request — your future rights may depend on it.