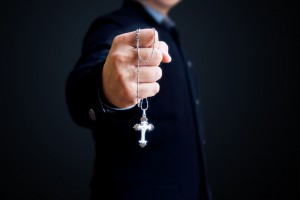 Three priests have been removed from the priesthood in the archdiocese of Philadelphia in response to allegations of sexual abuse. Archbishop Charles J. Chaput of Philadelphia declared the retired Monsignor Richard T. Powers, Father Joseph J. Gallagher and Father Mark S. Gaspar “unsuitable for ministry.”

Gallagher and Gaspar had been suspended from the ministry since March 2011. Their suspensions followed a grand jury report in February 2011 that found credible claims of sexual abuse. One victim of Gallagher’s committed suicide in 2009 after church authorities refused to act on his allegations. Gaspar was under investigation by the grand jury for sexual misconduct.

Powers was not dismissed as part of the grand jury investigation, but had been put on leave in March 2012 after his name appeared on an internal document requested by subpoena that listed members of the church who had been previously accused of sexual abuse.

According to the Catholic News Agency, “Priests named unsuitable for ministry may not exercise their public ministry, administer any of the sacraments, wear clerical dress, or present themselves publicly as priests.” Gallagher, Gaspar, and Powers can appeal the Archbishop’s decision to the Vatican.

A man with the silver cross in his hand from Shutterstock