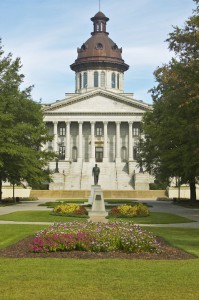 Tim Scott will be the only African-American Republican in Congress after the defeat of Representative Allen West in Florida in the November election. Scott has a record of social and fiscal conservatism that is similar to DeMint’s voting record according to the New York Times. Scott won his bid for U.S. House of Representatives in 2010 with support of Tea Party organizations and has served as a liaison between Boehner and conservative representatives elected in 2010. Scott will be sworn into office January 3rd, 2013 and then face re-election in November 2014 alongside senior South Carolina Senator Lindsey Graham (R). A special election will be held in South Carolina to fill the Scott’s empty seat in the House.

South Carolina Senator Jim DeMint announced earlier this month that he would be leaving the Senate to lead the conservative think tank The Heritage Foundation at the end of the year. Jim DeMint was a vocal Tea Party Republican in the Senate who is credited by the New York Times as helping spark the Tea Party movement.