January 22, 1917: It’s 30 days in the Workhouse for Ethel Byrne, sentenced today for her work at what was the nation’s first and only birth control clinic until it was raided and shut down by authorities. 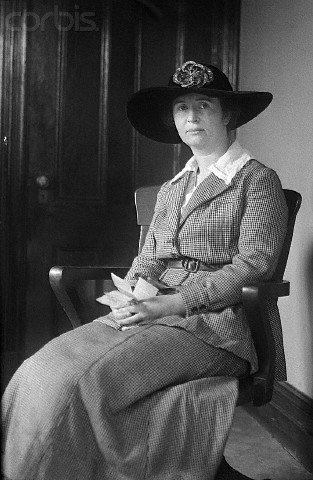 “I intend to go on a hunger strike. Furthermore, I do not intend to do a stroke of work at the institution,” Byrne said defiantly after sentencing.

The three-judge panel’s edict was read by Justice Garvin:

Ethel Byrne, you have been convicted, after trial of violating Section 1142 of the penal law. You have been represented by able, alert, and zealous counsel, and your rights have been carefully guarded. Those who compose society, for the benefits they enjoy therefrom, assume some obligation in return. One of the most sacred of these obligations is a respect for and an observance of the rules of conduct laid down by the legislative branch of Government. Disobedience of law even if unintentional, is to be regretted, if deliberate is exceedingly serious, and if persistent make the offender a public menace.

That the function of the Legislature is distinct from that of the court is elementary, and when a law has been enacted by the former and construed by the latter any change therein must come by modification or repeal. The court is of the opinion that the manner in which you violated the law was both deliberate and persistent. The court cannot substitute for the solemn act of the Legislature the opinion of individuals, however high may be their character or praiseworthy their motives, and no one may defy the law as it exists.

Byrne was immediately taken to the Raymond Street Jail, and tomorrow is expected to go to Blackwell’s Island. The clinic, opened in the Brownsville section of Brooklyn on October 16th, was raided on October 26th, with Byrne, her sister Margaret Sanger and Fania Mindell arrested for violating a New York State law which classifies contraceptive information and devices as “indecent articles” and prohibits their distribution. Violators of the law can be sentenced to anything from ten days to a year in prison as well as fined from $50 to $1,000 for each offense. Ethel Byrne’s trial took place on January 8th, with sentencing postponed until today. Sanger and Mindell’s trials are scheduled to begin a week from now, so between Byrne’s hunger strike and the upcoming trials, the issue of New York’s archaic anti-birth-control law should remain in the spotlight for some time, and hopefully generate momentum for repeal.