April 10, 1882: An abused wife has a right to sue her husband, according to an opinion issued today by Justice John R. Brady of the New York State Supreme Court, writing for the majority.

This bold departure from common law tradition is based on his interpretation of New York State’s “Married Women’s Property Act,” passed in 1860 and revised in 1862. Though on the books for two decades, it has never before been cited as giving married women such independent – even equal – standing in a court of law.

The case was initiated by Theresa Schultz against her husband, Theodore. She obtained an order of arrest against him for assault and battery and also wished to sue him for her injuries. He tried to have the arrest order vacated on the grounds that a wife cannot initiate legal actions against her husband. But his attempt failed in a lower court and today the General Term of the State Supreme Court sustained the arrest order, and in the process made it clear that the rest of the suit can proceed. 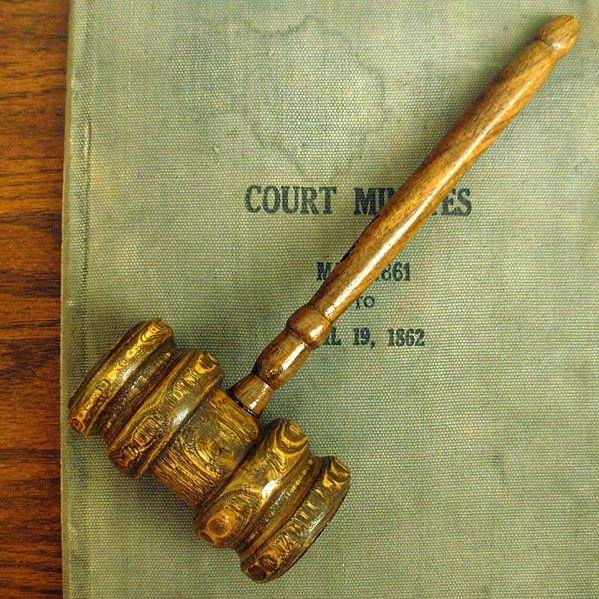 According to Justice Brady, the New York State Legislature did intend to change the common law rule prohibiting wives from suing their husbands when in 1860 and 1862 it revised the laws that pertain to married women. Though there have been previous decisions by other judges rejecting this view and who have claimed that to give wives a right to sue husbands would disturb the domestic tranquility of marriage, Brady notes:

To allow the right [to sue] in an action of this character, in accordance with the language of the statute, would be to promote greater harmony, by enlarging the rights of the married woman and increasing the obligations of husbands, by affording greater protection to the former and by enforcing greater restraint upon the latter in the indulgence of their evil passions.

The declaration of such a rule is not against the policy of the law. It is in harmony with it and calculated to preserve peace, and in a great measure, prevent barbarous acts, acts of cruelty, regarded by mankind as inexcusable, contemptible, detestable.

It is neither too early nor too late to promulgate the doctrine that if a husband commits an assault and battery upon his wife he may be held responsible civilly and criminally for the act, which is not only committed in violation of the laws of God and man, but in direct antagonism to the contract of marriage, its obligations, duties, responsibilities, and the very basis on which it rests.

The rules of common law on this subject have been dispelled, routed and justly so by the acts of 1860 and 1862. They are things of the past which have succumbed to more liberal and just views, like many other doctrines of common law which could not stand the scrutiny and analysis of modern civilization.

I heartily concur in the unbounded detestation of wife-beaters which my brother Brady has so forcibly expressed; and I think the Legislature might well provide a carefully prepared statute giving direct personal remedies by suit in such cases; but the courts have decided that that has not yet been done, and the doctrine ‘stare decisis’ requires us to leave to the Court of Appeals or to the Legislature the gallant duty of setting the law free to redress by civil actions all the domestic disputes of husband and wife, whether committed by unbridled tongues or angry blows.

Despite its name, the New York “Supreme Court” is not truly supreme, and the Court of Appeals, which has the final say in New York State, may rule differently. But simply the fact that such a prestigious jurist has written this strong and eloquent ruling means that the day when a married woman is considered a legally invisible appendage of her husband is either at an end, or at least drawing to a close.