June 12, 1912: Teddy Roosevelt has just endorsed woman suffrage! Better yet, he plans to work at the Republican National Convention in Chicago next week to get a suffrage plank in the party’s platform.

Until today, he had been unwilling to make a definitive statement of his views on the subject. When pressed by Maud Malone at a recent campaign stop, the former President would only say that if there could be some sort of referendum in which women could express their views, he would favor woman suffrage if a majority wanted it.

But according to long-time suffrage advocate Judge Ben Lindsey of Colorado, who visited Roosevelt today at Sagamore Hill, near Oyster Bay, Long Island, he now fully endorses equal suffrage as a result of the work women voters have done in the Western States to promote good government. “Colonel Roosevelt told me that he was convinced by this record that woman suffrage would be of advantage to our country … and that he had definitely decided to incorporate a suffrage plank in the platform.” This statement has now been confirmed by Roosevelt himself. 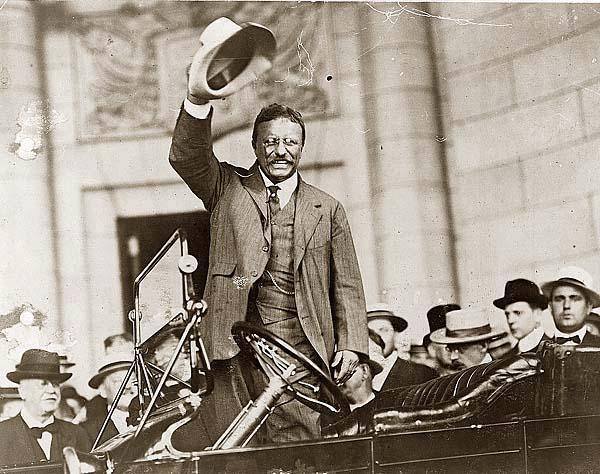 Having so popular a figure as Theodore Roosevelt in support of woman suffrage is a major coup in and of itself. But should he become the Republican nominee for President, then be elected in November, it would mean having someone in the Oval Office who could use his considerable influence (what he has referred to as the “Bully Pulpit”) to lobby Congress for passage of the Susan B. Anthony Amendment. If passed by 2/3 of both the Senate and House, then ratified by 3/4 of the States, it would allow women in all States to vote on exactly the same basis as men.

Though politics is always unpredictable, Colonel Roosevelt will be going to the convention with an especially strong claim on the nomination. For the first time, some of the delegates will have been chosen by rank-and-file members of the party in “primaries” instead of State conventions tightly controlled by party leaders. Of the thirteen States that held primaries, Roosevelt won nine – eight by large margins – for 290 delegates. “Fighting Bob” LaFollette won two States and 36 delegates, with incumbent President William Howard Taft also winning two States and 124 delegates. The number needed to win is 540.

But delegates in the other 36 States were chosen in the traditional manner by State conventions, and the Taft-controlled Republican National Committee will rule on all disputes, including those over delegates. Since no one appears to have the majority needed for nomination, the outcome is far from certain. This should make for quite a battle, and the rhetoric is already escalating. Roosevelt has described Taft as a “puzzlewit” and Taft has referred to Roosevelt as a “honeyfugler.”

No matter how the battle for the Republican nomination comes out, or who is elected on November 5th, suffrage has just made a substantial advance. All suffragists should celebrate the conversion to our cause of this prestigious American who has served as President (1901-1909), Vice President (1901), Governor of New York (1899-1900), Assistant Secretary of the Navy (1897-1898) and, of course, as a Colonel in the “Rough Riders” during the Spanish-American War.