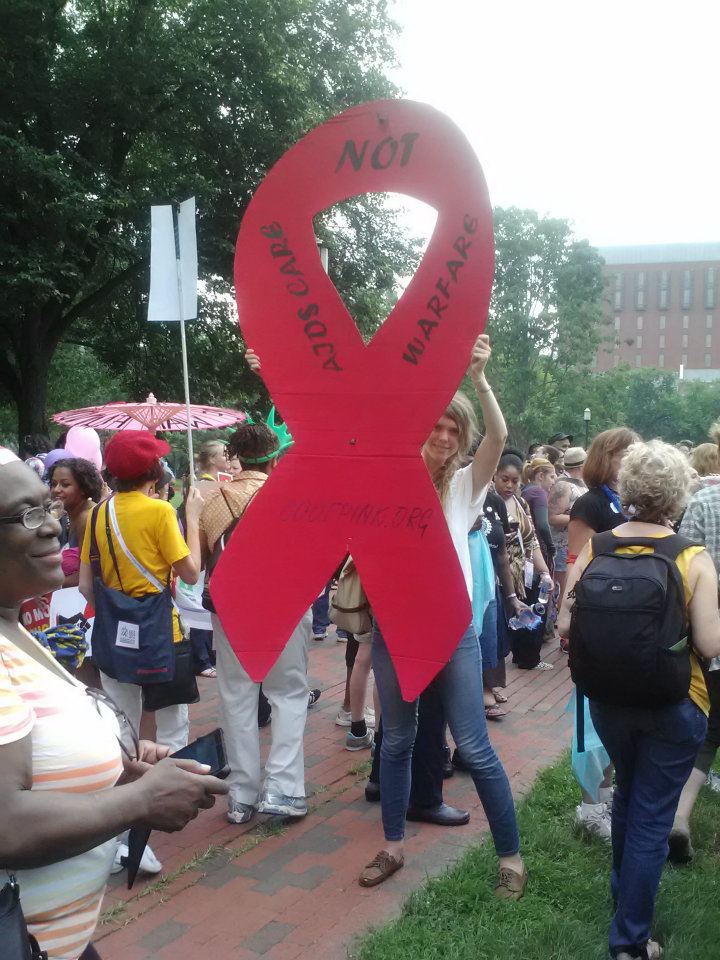 Women’s health and rights advocates marched on the streets of downtown Washington yesterday to raise awareness on AIDS, health care, gender and sexuality. At least a dozen nationwide groups participated in the march which began at the Washington Convention Center, where the International AIDS 2012 Conference is being held, and went down different streets toward the White House, bringing city traffic to a standstill.

Advocates for sex workers, women’s health and sexual minorities came together at Lafayette Park to rally for all human rights.

The women’s rights section of the march was particularly vocal, and chanted phrases like, “Gay, straight, black or white — we unite for women’s rights!” and “Women united will never be defeated!” The march was organized by the We Can End AIDS Coalition.

This is the second march to take place in Washington the same week as the International AIDS 2012 Conference. On Sunday, celebrities, AIDS activists, Nobel Prize Laureates, including Bishop Desmond Tutu, Rev. Al Sharpton, Dr. Cornell West and Tavis Smiley, joined forces with ordinary citizens at the “Keep the Promise” march. The march, held on the National Mall, brought together thousands of AIDS advocates to remind world leaders, many of whom are speaking at the conference, the lack of access thousands around the world still have to HIV testing, treatment, and prevention.

The Feminist Majority Foundation participated in both marches.