This week Uganda’s parliamentary speaker, Rebecca Kadaga, said Uganda’s “Kill a Gay” bill will be passed by the end of the year and intends to offer it as a so-called “Christmas Gift” for Ugandans. Speaker Kadaga argues the people “are demanding it” be passed.

The Anti-Homosexuality or “Kill a Gay” bill calls for the death penalty in cases of “aggravated homosexuality,” for engaging in same-sex relations with someone who is HIV positive, and life imprisonment for having sex with someone of the same sex. The bill would also make same-sex marriage and officiating at such a ceremony criminal offenses. As San Diego Gay and Lesbian News reports, homosexuality is already criminalized in Uganda and this newest bill just broadens and increases the severity of these types of offenses. 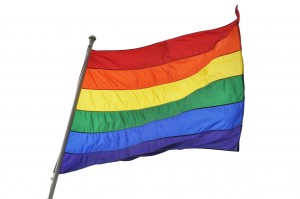 The bill originally proposed in 2009 had been temporarily tabled due to outspoken criticism from the international community. Some international donors have threatened to sever financial aid to the country if it becomes law.

A coalition of Ugandan groups seek to declare the legislation unconstitutional through the judicial system. According to Civil Society Coalition on Human Rights and Constitutional Law (CSCHRCL) coordinator Clare Byarugaba, “The international community supports us and we also believe in the constitution of our country which protects the rights and freedoms of everyone.”

Homosexuality is illegal in most African countries with the exception of South Africa, which recognizes gay marriage, but even there, anti-gay practices such as “corrective rapes” of lesbians, are commonplace.