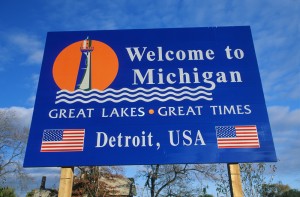 While Michigan was in the news due to its new “Right-to-Work” bill, the Michigan House took the opportunity to approve two anti-abortion laws on December 6th.

House Substitute for S.B. 1293 and House Substitute for S.B. 1294 were both approved by the Michigan Senate and House and immediately prevent abortion coverage from being included in any health insurance exchange program as required by the Affordable Care Act. Both of these laws were passed as part of the restructuring of Blue Cross/Blue Shield of Michigan. This allowed their passage to fly under the radar because they are reforming existing laws about insurance coverage. The new laws will go into effect immediately and will only affect policies through the state health insurance exchange.

These two bills are separate from S.B. 612, 613, and 614, which are all pieces of anti-choice insurance legislation passed by the state Senate and sent to the House Insurance Committee. If S.B. 612, 613, and 614 are passed in the House, they will prevent abortion from being a covered procedure under any health insurance policy, and would require women to purchase an additional separate policy purely for abortion coverage.