Last week Virginia’s Board of Juvenile Justice agreed to continue the inclusion of protections for LGBT youth despite opposition from Attorney General Ken Cuccinelli. The protections including LGBT youth were first introduced under Governor Mark Warner in 2005. Governor Tim Kaine, his successor, preserved the same language. 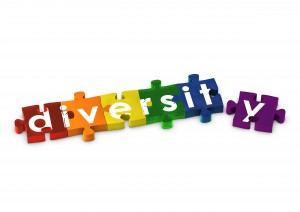 According to Metro Weekly, the board no longer lists the characteristics that are protected from discriminatory practices, but now “instructs facilities to assess whether a resident belongs to a ‘vulnerable population’. If that determination is made, the facility must act to protect that resident’s health and safety”. A vulnerable population is cited as “a resident or group of residents who have been assessed to be reasonably likely to be exposed to the possibility of being attacked or harmed, either physically or emotionally (e.g., very young residents; residents who are small in statures; residents who have limited English proficiency; residents who are gay, lesbian, bi-sexual, transgender, or intersex; residents with a history of being bullied or of self-injurious behavior).”

In response, James Parrish, executive director of Equality Virginia, and Claire Guthrie Gastañaga, executive director of the American Civil Liberties Union of Virginia, released a joint statement, saying: “Unlike the Board for Social Services, which backed down from similar non-discrimination rules proposed for adoption and foster care agencies, the citizen representatives on the Juvenile Justice Board refused to be bullied and stood with the LGBT community. They did not give up on regulations essential to protect vulnerable LGBT youth in their care . . .”

A period of final executive review is necessary before it can be published into the Virginia Register of Regulations. Additionally, a 30 day period of public comment on the rules will occur after it is published.