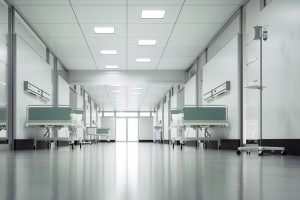 Falls Church Healthcare Center filed an appeal Monday against the Virginia Board of Health, the Department of Health, and Virginia State Health Commissioner Cynthia Romer over the TRAP regulations that were approved in April requiring clinics performing over five abortions a year to meet new building regulations.

The appeal claims that the Board of Health violated Governor Bob McDonnell’s executive order requiring state agencies to take into account how regulations impact small businesses and make alternatives possible. Following the new regulations, which include changes like making additional parking available, replacing existing ceilings, and adding showers to all facilities for staff members, would cost the center over 60,000 dollars according to its Director, Rosemary Codding. Codding claims her Christian faith motivated her to challenge the new requirements so that women could continue to rely on her center for medical care.

The center describes the legislation’s requirements as “onerous” and “impossible.” They claim the requirements aren’t based on medical need or sound medical practice. Their appeal focuses on the advice of medical doctors, which the Board of Health ignored in order to put the approved set of regulations in place.

The Falls Church Healthcare Center is expected to comply with the new regulations because they perform over five first trimester abortions each year. Unlike hospitals, healthcare practices like theirs are not eligible for permanent waivers when such regulations impose hardships on their establishments. Many advocates for abortion providers called Virginia’s new regulations a “back door” method for banning abortion, but Codding feels more strongly.