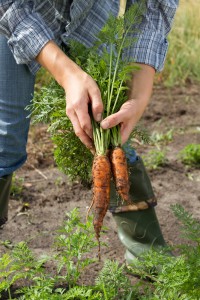 A staff person for Washington state Senator Mike Hewitt (R-Walla Walla) recently told a Washington blogger that LGBT individuals can fend for themselves when they are denied services under a recently proposed bill.

Jay Castro, a reader of the Washington blog column Slog at The Stranger, called Senator Hewitt’s office to ask about his sponsorship of SB 5927, which would allow people to refuse to provide services and discriminate against LGBT people because of “sincerely held religious beliefs.” Castro asked an unidentified staffer, “What are rural gays supposed to do if the only gas station or grocery store for miles won’t sell them gas and food?” Hewitt’s staffer responded to Castro, “Well, gay people can just grow their own food” (emphasis added).

When Slog blogger Anna Minard attempted to call the office for clarification, she was hung up on three times by staffers before being told “It was a poor response to a question, that’s really all I want to say about that. [Castro] caught me at a bad time; I’m not interested in answering hypotheticals. It was a combative call. Patience was lost, mistakes were made, and that’s it.” The spokesperson said that the staffer’s comment was not representative of Hewitt’s views on the proposal.