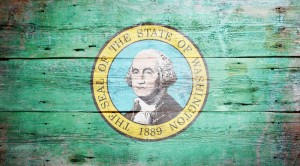 The Washington state Senate is considering legislation that would mandate abortion insurance coverage. The recently proposed Reproductive Parity Act would require all insurance companies providing maternity care to also pay for abortions. Earlier this month, the bill passed the state House with a vote of 53-43. However, support in the Senate is less certain.

Melanie Smith, a lobbyist for NARAL Pro-Choice Washington, said “This is a core value for Washingtonians – we should protect it while we still have it and not leave access to basic health care up to an insurance company.” Supporters of the insurance mandate are careful to stress that there are no anticipated spikes in abortion.

In a statement Representative Eileen Cody (D-West Seattle), the bill’s lead sponsor, said “It’s not expanding abortion coverage, it’s ensuring the rights of women to get what they’re paying for now and to continue their freedom of choice.”

Opponents argue that this forces employers to cover a procedure they’d rather not deal with. Peggy O’Ban, a spokeswoman for Human Life of Washington said “Washington state would be the only state in the country that would force employers to pay for abortion… If passed,” she continued, “It would amount to “the first conscience coercion act in American history.”

Although proponents of the mandate insist they have the votes in the Senate, it is not clear whether the Senate will in fact allow the measure to reach the floor. The bill will go before the Senate Health Care Committee on April 1.