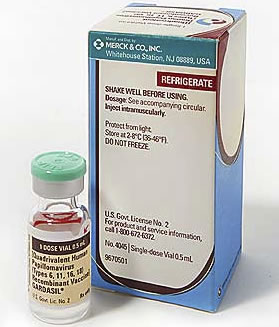 By this time, few adults in the U.S. haven’t heard of the “cervical cancer vaccine” Gardasil, which has been well-publicized and recommended for routine administration to girls and women ages 9 to 26. But how many know that Gardasil–which attacks four strains of the sexually transmitted HPV (human papillomavirus)–is not just for women? And that it guards against cancers other than cervical?

Yet despite the threat to both men and women, the HPV vaccine is not widely accessible to men and boys. Since it’s an “equal opportunity infector,” it should be equally available and affordable regardless of gender, argues Adina Nack, a respected sexual health researcher and medical sociology professor at California Lutheran University in “Why Men’s Health Is a Feminist Issue,” an article she’s written for the Winter issue of Ms., now on newsstands.

Merck would also like to market the drug to women up to age 45, as another recent study the pharmaceutical company conducted shows its effectiveness for women 24 to 45. Again, approvals from the FDA and CDC would then make it more likely to be covered by insurance, and thus more accessible for those who want to use it.

To continue marketing Gardasil primarily as a female-only, cervical cancer vaccine will unnecessarily endanger boys and men. And, the truth is, if women don’t focus on men’s health as well as their own, they put themselves and potentially children at risk.

So on behalf of men and women, we call on the FDA and CDC to move forward with all due speed on judging the efficacy of these drugs and appropriately recommending their usage. All of our lives are at stake.

Excerpted from the Winter 2010 issue of Ms. To have this issue delivered straight to your door, join the Ms. community.

Comments on this piece? We want to hear them! Send to letterstotheeditor@msmagazine.com. To have your letter considered for publication, please include your city and state.