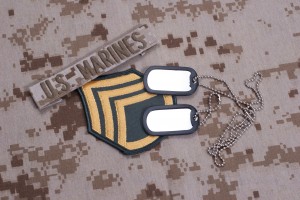 Yesterday Senate Armed Services Committee hearing on the epidemic of sexual assault in the military demonstrated the role of the record number of women in the Senate. The seven women Members of the Committee, five Democrats and two Republicans, were united yesterday as they asked hard questions of the all-male military leadership.

Senator Claire McCaskill (D-MO), said, “This isn’t about sex. This is about assaultive dominance and violence, and as long as those two get mushed together, you all are not going to be as successful as you need to be in getting after the most insidious part of this, which is the predators in your ranks.” Even Republican Senator John McCain (AZ) was candid in his outrage, telling the panel of officials, “I cannot overstate my disgust and disappointment over continued reports of sexual assault in our military. We’ve been talking about the issue for years.” Senator Deb Fisher (R-NE) expressed a similar sentiment when she said “this is not a gender issue, it is a violence issue.”

While the senators and the military officials in attendance agreed that military sexual assault had gotten extremely out of control, debate centered around whether or not sexual assaults cases should be taken out of the chain of command. Many of the military leaders argued that removing the cases from the chain of command will cause the problem to escalate. Senator Kirsten Gillibrand (D-NY), who has proposed legislation to take sexual assault cases out of the hands of superior officers, responded, “You have lost the trust of the men and women who rely on you that you will actually bring justice in these cases.”

Yet some senators in the hearing attributed to the rampant rate of sexual assault in the military to external factors such as hormones and the availability of pornography to service members. Senator Saxby Chambliss (R-GA) decried the military’s response to sexual assault while at the same time arguing that hormones were responsible for such a high number of cases. He said, “The young folks who are coming into each of your services are anywhere from 17 to 22 or 23. Gee whiz, the hormone level created by nature sets in place the possibility for these types of things to occur… But guys, we are not doing our job. You’re not doing yours, and we are not doing ours with the rates we are seeing on sexual assaults.”

Senator Jeff Sessions (R-AL) argued that with the prevalence of pornography available to service members it was no wonder that assaults rates were so high. “Mr. Chairman, I’d just add a letter, a document here that was given to me from Morality in the Media,” he began. “[They point] out that, a picture here of a newsstand and an Air Force base exchange with, you know, sexually explicit magazines being sold. So, we live in a culture that’s awash in sexual activity. If it’s not sold on base, it’s right off base. There are videos and so forth that can be obtained, and it creates some problems, I think.”

A debate over military sexual assault is likely to occur in the House Armed Services Committee as they prepare to debate a defense policy bill on Wednesday. Provisions regarding sexual assault, in addition to Guantanamo Bay, the war in Afghanistan among others are likely to see generous discussion while a vote in anticipated in the evening.

US Marines concept with service tapes, dog tags and camouflaged uniform from Shutterstock