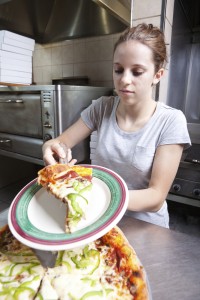 A bill that would remove over time pay and replace it with “comp” time passed the House yesterday in a vote along party lines of 223 to 204.

The Working Families Flexibility Act, dubbed the “More Work, Less Pay Act” by Democrats, would replace overtime pay at the hour-and-a-half rate with comp time that workers would use at a later time at the employer’s discretion. Supporters of the Act argue that this will allow working women and care-givers the ability to control their schedules and get more time off. However, critics and labor activists contend that it empowers employers to demand their employees work extra hours over the standard 40 hour work week without any consequences for the employer and at the expense of the worker. The bill also gives workers the right to sue if an employer intimidates them into accepting comp time instead of overtime pay, but denies the ability to seek remedies from the Department of Labor. It also does not provide [PDF] the department of Labor with any funds to enforce the act.

Ellie Smeal, President of the Feminist Majority, said, “The Republican Working Families Flexibility Act is a fraud and anything but working family friendly. The act simply works to kill overtime pay and allow flex time only to meet the employer’s needs.”

The White House issued a statement saying, “This legislation undermines the existing right to hard-earned overtime pay, on which many working families rely to make ends meet, while misrepresenting itself as a workplace flexibility measure that gives power to employees over their own schedules.”

In a joint op-ed in the Huffington Post, Representative Gwen Moore (D-WI) and President of the AFL-CIO Arlene Holt Baker said, “For many working families, taking home less pay at the end of the day means less money to cover rent, education costs, medical bills and other living expenses. The ‘choice’ to take unpaid time off is not a choice at all… At a time when workers are already working harder for less, those who rely on overtime to make ends meet could face even more financial challenges. The kind of support that working families are looking for would be available by strengthening their ability to collectively bargain on the job for higher wages, safer workplaces, better health care and paid time off options. Working families deserve better than H.R. 1406.”

Waitress serving a slice of all dressed pizza from Shutterstock