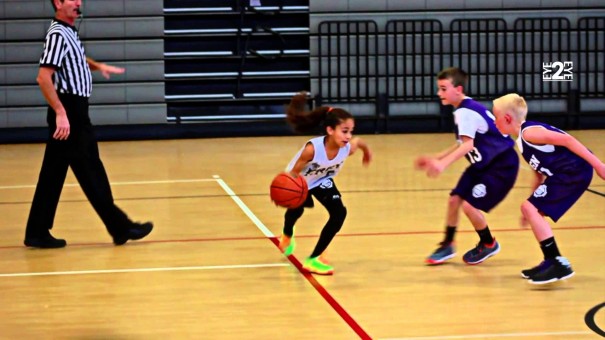 But last week, the New Mexico Select Youth Sport Club told Coach Frey that Jaelyn could not play with her team in the upcoming Southwest Salsa Slam basketball tournament – because she’s a girl.

Coach Frey and the team, however, did not abandon Jaelyn – one of the team’s star players. According to Frey, the boys on the team “didn’t feel good [about Jaelyn not playing] and they don’t want to play without her.” Jaelyn, who was born with a heart defect that prevented her from walking until she was 2, has played basketball for three years and was named MVP at a local tournament last month.

After being told that NM Select would “not bend or change” the rules, Jaelyn’s parents sued Friday, requesting a restraining order against NM Select, which could have impacted whether the tournament went forward.

Immediately after the suit was filed, on Monday, NM Select announced that it would allow Jaelyn to play. It wasn’t a total victory. NM Select Executive Director Joseph Jaramillo explained that the organization was not changing its sex-segregation rules, but would provide an exception.

According to Jaelyn’s father Barry Bates, Jaelyn is excited to play with her team, but Jaelyn – like many of us – “didn’t understand why she couldn’t play just because she was a girl.”