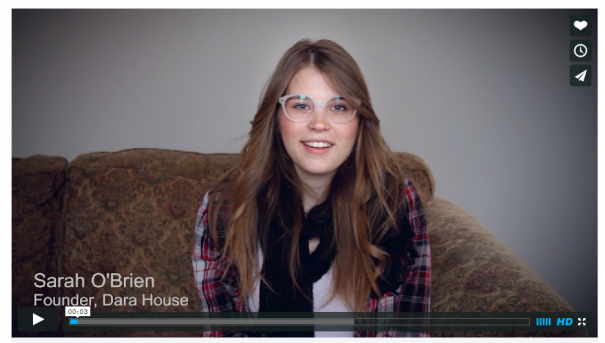 Activist Sarah O’Brien came up with the concept for Dara House – coming from the Irish word doire and representing transformation, bravery, survivorship, and community – during her final undergraduate year at Vanderbilt University. While recovering from her own experience with sexual violence and connecting with other college-aged survivors, O’Brien said she saw a need for a safe space for those coping after an assault.

“The Dara House has been formed to address the inadequate resources, education, services, and community present on college campuses around the nation for survivors of sexual violence,” according to Dara House’s website. “It is our hope that by the time our residents leave Dara House they have successfully began their healing journeys, been giving the proper tools and coping mechanisms to acclimate back into campus life, and that they feel empowered over their own bodies and identities.”

Dara House will serve female identifying college age individuals ages 18-25.  Applicants and residents will be enrolled in a college or university, or taking time off with the plan to return.

O’Brien launched her project’s first online fundraising drive yesterday, seeking to bring in $3,000. As of Monday morning, the Go Fund Me campaign had brought in $1,310. Sunday night, O’Brien had raised enough to officially file for 501(c)(3) non-profit status.