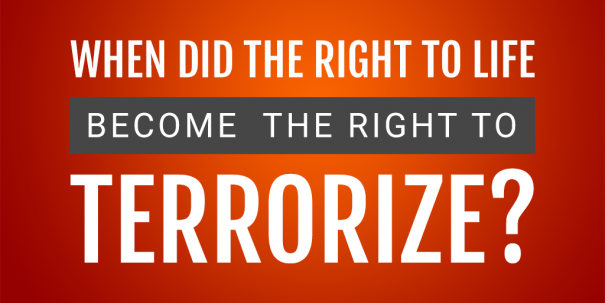 Anti-abortion extremists are coming to Wichita on Saturday for a week-long campaign hosted by Operation Save America (OSA). They will hold rallies and demonstrations, including daily protests in front of what they refer to as “the local abortion mills,” Planned Parenthood and Trust Women South Wind Women’s Center.

The national event will commemorate the 25th anniversary of the “Summer of Mercy,” a 1991 siege during which nearly 2,700 protesters were arrested blockading the clinic, Women’s Health Care Services, for over six weeks. That clinic was run by Dr. George Tiller, who was murdered in his church by an anti-abortion extremist in 2009. The Trust Women South Wind Women’s Center now stands in the same location as Tiller’s clinic.

The leader of OSA, Rusty Lee Thomas, has argued that women who have abortions should be prosecuted for murder. He has recently declared, “The abortion mill in Wichita represents…a high place of child sacrifice. This high place needs to be plucked up, rooted out, overthrown, and vanquished from Wichita.”

The Feminist Majority Foundation has launched a campaign to expose anti-abortion violence and the extremists coming to Wichita. FMF is asking supporters to send Kansas Governor Sam Brownback a message that it is time for him to publicly denounce the dangerous and inflammatory tactics of anti-abortion bullies and extremists.