The United States Court of Appeals for the Sixth Circuit rejected a ban that currently prohibits Michigan from instituting affirmative action policies in higher education on Thursday by an 8 to 7 vote.

The Court ruled [PDF] that a 2006 referendum approved by Michigan voters that prohibits race or gender from being used as a factor in university admissions violates the 14th Amendment because it places additional burdens on minorities. Judge R. Guy Cole explained in his majority opinion “A black student seeking the adoption of a constitutionally permissible race-conscious admissions policy … could do only one thing to effect change: She could attempt to amend the Michigan Constitution — a lengthy, expensive and arduous process — to repeal the consequences.” 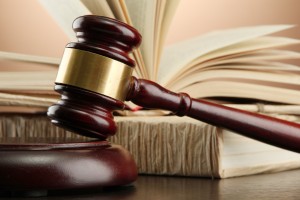 He continued by explaining the same would not be true of a student trying to change the admissions policy to consider an applicant’s alumni connections – he or she simply could circulate petitions and lobby within the university. “The existence of such a comparative structural burden undermines the Equal Protection Clause’s guarantee that all citizens ought to have equal access to the tools of political change,” he concluded. Dissenting judges believed that any preferential treatment for an applicant that was not based on merit challenged the premise of equal opportunity guaranteed by the law.

Last year, a three-judge panel of the same US Court of Appeals for the Sixth Circuit voted 2 to 1 to strike down the same provision of the Michigan state constitution created by the 2006 referendum. An appeal of this decision resulted in the case appearing before the full Sixth Circuit Court.

The provision of the state constitution in question bans any preferences on the basis of ethnicity, sex, or race, particularly in regards to admissions policies at state universities. Other states, including Arizona, California, Nebraska and Washington, have similar affirmative action bans.