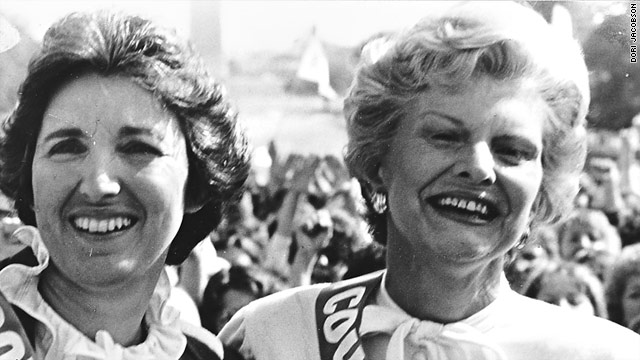 I will never forget the day in 1981 that I asked Betty Ford to be an honorary co-chair with Alan Alda of the Equal Rights Amendment Countdown Campaign. I thought it would be a long, involved process. But she said almost immediately that she would be honored to do so.

At the time Betty Ford, the wife of former President Gerald Ford, was one of the most admired women in the United States. She also was completely unpretentious. If she could help women win full equal rights with men under the U.S. Constitution, Betty Ford wanted to give it her all.

Read the rest of “Betty Ford, champion of women’s rights” by Eleanor Smeal at CNN. com