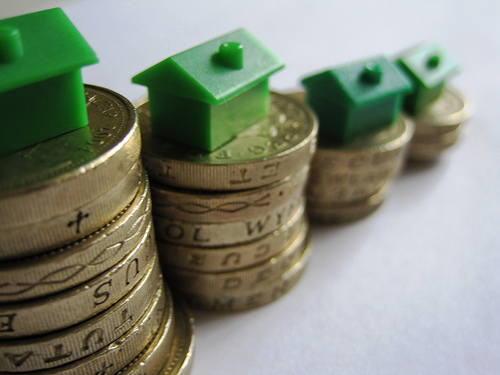 The economic meltdown battered many Americans, but women and communities of color have long sustained the impact of an imbalanced financial market. Hard working women are deeply familiar with the enormous racial and gender wealth gap in America. Single Black and Hispanic women have one penny of wealth for every dollar of wealth owned by their male counterparts and a fraction of a penny for every dollar of wealth owned by White women. When it comes to employment, the largest gender pay gap is between White men and White women, with women earning only 72.6% of the pay of their male counterparts.

Not for a lack of trying, talent, or fortitude, women-led households have found it difficult to stretch their paychecks to cover necessities, let alone acquire the assets needed to secure a better life for their children. Honest workers have watched the cost of items increase while their income stagnates. And these were all realities before the financial debacle. Now more than ever, though, a house—often a family’s largest asset traditionally relied upon to send children to college or aid in retirement—is that much further out of reach for our families. For those who are homeowners, many are watching this all-important investment slip through their fingers.

Gabrielle from Cobb County in Georgia shared with us her experience of trying to hold onto her home. She is a Latina who holds two masters degrees, works as an educator, and is the sole caretaker of her 91-year-old mother. In 2010, she and her colleagues saw their salary decrease by 2% and they were required to take five furlough days.  This caused Gabrielle to become more dependent on her credit cards to cover basic needs.  She has yet to miss a house payment but is increasingly concerned that she will not be able to continue on this path. Gabrielle spoke with several agents about her situation, but they gave her contradictory advice: “One told me that I needed to make one more payment and then I could refinance. When I called back to begin the process, I was told, ‘I don’t know why that information was given to you!’ All has been a runaround and when I read the blogs regarding my mortgage company, one which took bailout funds, I have no hope of a modification.”

Our nation’s leaders need a wake-up call. In response to the crisis, they have and will continue to make decisions without consideration of women and communities of color.  When will American families take the spotlight in economic reform policy? At most, we have been an afterthought. The reform programs implemented left homeowners in the lurch. The federal government has even cut all the funding for the critical housing counseling program—one of the only tools known to decrease a borrower’s chances of defaulting on a mortgage. More and more families have slipped out of the middle class; low-income households are scrambling that much harder to survive. Our only hope is to take action and to make our votes count in 2012.

This post is part of the #HERvotes blog carnival and was originally posted at Moms Rising.