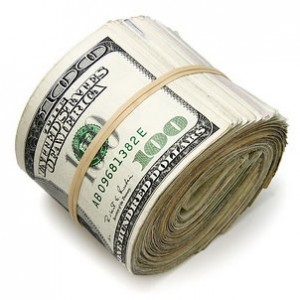 Congratulations women, as of today you have earned as much money as your male counterparts did in the year 2010: it only took you 16 months!  Equal Pay Day takes place on April 12th each year as a way to symbolize the amount of time women must work into the following year to earn the same amount that men earned last year alone.

The issue of fair pay feels like something we should read about in history books. How can women continue to make 77 cents for every dollar that men make?

And yet, in celebration of today, the blogosphere is filled with writers arguing that the gender wage gap is a lie. Some argue that it is the women’s choice to engage in jobs that notoriously pay less, that the measurements are skewed, or that women are actually making more than men in this economic recession. I even happened upon this little gem about why there should be an Equal Pay Day for young, single men (incidentally written by a woman).

But these are all arguments to skirt the issue, to blame women for their position, or to diminish the need for action.  These are the facts: at this point, there is not equal pay for equal work. According to the U.S. Census Bureau, in 2010, women were earning on average 77 cents for every dollar their male counterparts were earning.  The National Women’s Law Center calculates this gap to translate into $10,622 less per year in female median earnings.  Because of the economic recession, women have become a larger segment of the workforce, and more and more families rely solely on women’s incomes for survival. The wage gap is damaging as it also further intensifies the feminization of poverty, a term that illustrates the rise in the number of women and female-headed households that live below the poverty line (the poverty rate for female-headed household being almost three times that of male-headed households).

On this day focused on gender inequality, it is important that we also examine how race factors into equal pay, and that we ask the question: which men do we as women want to be equal with?  In 2006, the National Committee on Pay Equity found that while the median annual earnings for white women were 73% of what white men made, black men made 72% and Latino men earned only 57% of what white men were earning.  For women of color, the numbers were even worse: the median annual earnings for black women were 63% and for Latina women only 51% of white men’s salaries for comparable work.

There is also a direct correlation between age and the gender pay gap; the older the worker, the wider the wage gap between men and women.  While women under 25 on average make 85% of what men their age make, women over 50 earn just 73% of what older men earn in wages.

Our culture must also revalue the types of work typically occupied by women (which also tend to be the most underpaid), such as teaching, nursing, and child care. The promotion of these fields would help to ensure that women receive the compensation they deserve and would begin to close the wage gap.

We need to reach a point where all work is valued and workers are paid fair wages no matter one’s gender, race, age, or any other arbitrary factor.  Let’s make the future one where we will be able to celebrate Equal Pay Day on the day that it should be: December 31st.