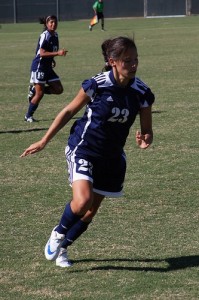 A New York Times report released earlier this week uncovered the deception of many athletic programs in schools regarding gender equity in sports, distorting the numbers in order to comply with the requirements of Title IX.

Title IX, which bans sex discrimination in any federally-financed education program, has largely drawn attention to and been labeled as solution for the unequal treatment of male and female athletes. In 1972, when Title IX was passed, there were fewer than 30,000 women participating in college sports, and today there are over 186,000 women a year – an increase in over 500%.

The report found that some athletic programs are filling their numbers by counting athletes who no longer play on the team, enlisting women as team members who do not participate in the games, or by counting their male players as women.

Other programs are manipulating their numbers by trimming the rosters of mens teams, eliminating mens sports rather than increasing womens in order to reach the standards of gender parity.

An example of roster manipulation comes from the University of South Florida, where in the last academic year, 71 women were reported as members of the school’s cross-country team, yet only 43 students ever ran in a competition. According to the report, double- and triple-counting women has allowed nearly 50 Division I universities to hide the fact that they have fewer female athletes.

Quinnipiac University was sued in a class action lawsuit last August for failing to adhere to Title IX regulations, manipulating numbers in the list of male athletes and replacing the women’s volleyball team with competitive cheerleading in order to build the roster of female athletes.

Nancy Hogshead-Makar, an Olympic swimmer and the senior director of advocacy at the Women’s Sports Foundation, told The New York Times “The fraud is disheartening. Intercollegiate athletics are rare educational opportunities, subsidized with our tax dollars, which deliver superior lifelong returns on investment. When an athletic department engineers itself to produce only the appearance of fairness, they flout the law and cheat women.”