In response to a campaign by NARAL Pro-Choice America, Google has removed deceptive crisis pregnancy center (CPC) advertisements from its search engine results when users seek information about abortion services. 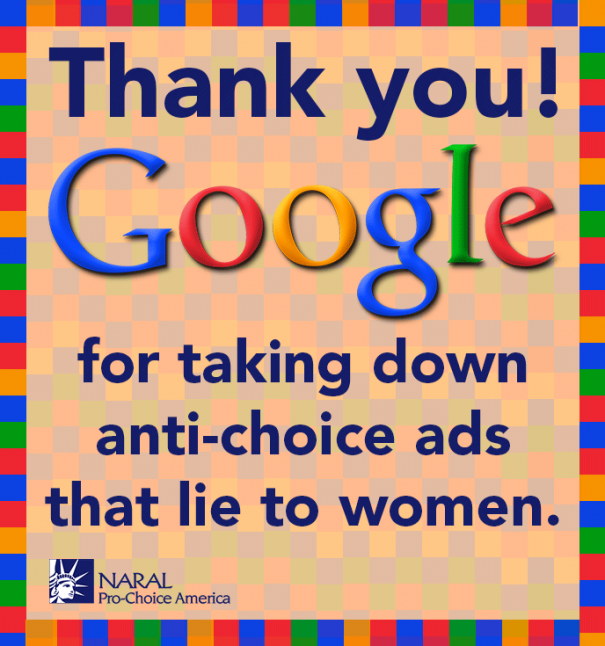 An investigation by NARAL found that 79 percent of the CPCs advertising on Google misrepresented their services by claiming they provided abortions when they did not; they only provided counseling services and information about alternatives to abortion. Crisis pregnancy centers have been found to purposefully use inaccurate medical information, false statements, and emotional manipulation to dissuade women from receiving abortion care. These ads have now been taken down for violating Google’s advertising policy that ads must be truthful and accurate.

“Anyone looking for abortion services should be able to depend on their search engine to provide them with accurate resources,” said Ilyse Hogue, President of NARAL. “Anything less is aiding and abetting ideologically driven groups with a calculated campaign to lie to and shame women making one of the most important decisions of our lives.”