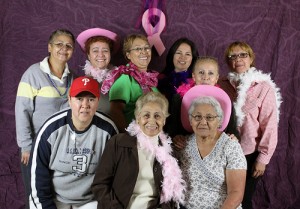 HERvotes is joining our voices together in a blog carnival to celebrate and defend women’s preventive services, including contraception.  Starting August 1, all new insurance plans have to cover seven preventive services with no extra fees.  That means women won’t have to put off their well-woman exam because they haven’t met their deductible, struggle to pay for the cost of a breast pump, or use an inappropriate contraceptive method just because the co-payment is more affordable.

These new rules, part of the Affordable Care Act, are opposed by the U.S. Conference of Catholic Bishops and others who believe that contraception is always wrong.  After failing to stop the implementation of the new rules through political pressure, opponents have turned to the courts, where they argue that requiring insurance companies to include contraceptive counseling and methods violates the religious liberty of businesses.  We won’t let these attacks stop us from speaking out, because we know that the availability of these preventive care services will make a positive impact on the health, well-being and economic security of women.

Through this blog carnival and our organizational campaigns, we will raise our voices to educate and support all women’s access to health care that meets their needs, no matter where they work or go to school.

#HERvotes, a multi-organization campaign launched in August 2011, advocates women using our voices and votes to stop the attacks on the women’s movement’s major advances, many of which are at risk in the next election.

At Long Last, Preventative Care Will Be Affordable for All Women, Thanks to Health Reform – Judith Lichtman, National Partnership for Women and Families

Celebrating New Access to Birth Control for some Latinas, and Continuing the Fight for the Rest – Verónica Bayetti, National Latina Institute for Reproductive Health

No more struggling to find co-pay dollars for Contraception! What’s in it for Women? – Keely Monroe, Raising Women’s Voices