The United Nation’s third annual International Day of the Girl was recognized Saturday by activists and leaders alike. The day’s theme was “Empowering Adolescent Girls: Ending the Cycle of Violence.” 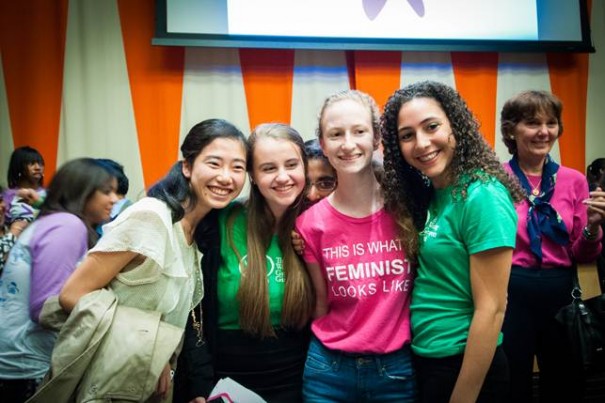 The designated day was created to raise awareness that gender inequality is still alive and well, and is worse in developing countries. Currently there are at least nine countries in which at least half of the women between 20 and 24 were married before age 18, 4 million more girls than boys are out of primary school worldwide, the gender gap in youth literacy rates is still significant, and the prevalence of female genital mutilation is estimated to be between 100 and 140 million girls and women worldwide.

“Gender-based violence – from domestic violence and human trafficking to genital cutting and early and forced marriage – condemns girls to cycles of dependence, fear, and abuse,” said President Barack Obama in a proclamation marking October 11 as International Day of the Girl. “Today, we resolve to do more than simply shine a light on inequality. With partners across the globe, we support the girls who reach for their future in the face of unimaginable obstacles, and we continue our work to change attitudes and shift beliefs until every girl has the opportunities she deserves to shape her own destiny and fulfill her boundless promise.”

To mark International Day of the Girl, Girls Learn International (GLI), working through the Working Group on Girls, helped to organize Girls Speak Out at the United Nations. About 100 girls from GLI participated in the event, which gave girls a platform to share their experiences and featured stories of girls from around the world. Submissions of girls’ experiences were often kept anonymous and were instead performed by girls who attended the event. 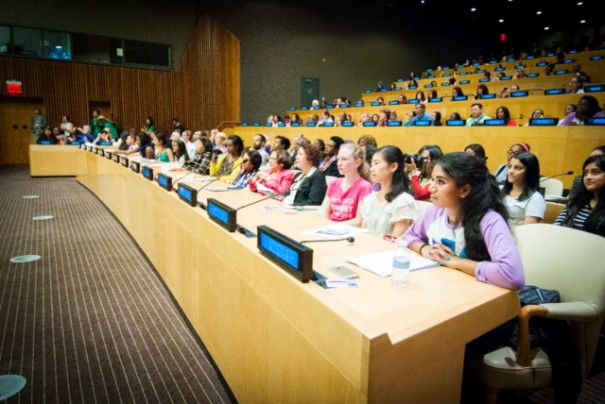 “I hope one day disabled girls have their stories told and are treated like everyone else,” 11-year old Melissa Shang, a girl with muscular dystrophy who who previously started a petition to get American Girl dolls to feature a doll with a disability, said in a speech at the event. Her speech, which spoke to her experiences as a girl with disabilities, ended in a standing ovation.

A program of the Feminist Majority Foundation, Girls Learn International educates and energizes US students in the global movement for girls’ access to education. Through the program, GLI students in middle and high schools in 35 states engage with students in more than 45 partner schools in countries where girls still lag behind boys in access to education. Using a human rights framework, GLI is building a movement of informed advocates for universal girls’ education and a new generation of leaders and activists for social change.

“It’s so inspiring to see girls using their voices and being heard,” said Ellen Fishman, a member of the GLI advisory board who helped organize the event. “The girls who are already involved are raising their voices and are letting the girls in the audience know that there is enough empowerment for all of us, and that their voices matter.” 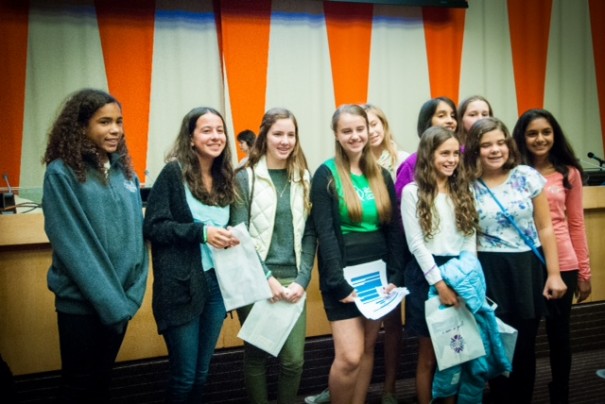 The importance of girls’ access to education was a significant theme, as this year’s International Day of the Girl came just a day after 17-year-old Malala Yousafzai won a joint Nobel Peace Prize, making her the youngest recipient of the prize in history. Yousafzai is known for her work in promoting education for girls worldwide; she survived being shot in the head by Taliban members in 2012 when she was on her way to school. Yousafzai has since founded The Malala Fund with her father to encourage girls’ access to education in Pakistan (Yousafzai’s home country), Nigeria, Jordan and Kenya.

In a press conference Friday, Yousafzai said, “I’m thankful to my father for not clipping my wings, for letting me to fly and achieve my goals, for showing to the world that a girl is not supposed to be the slave.”