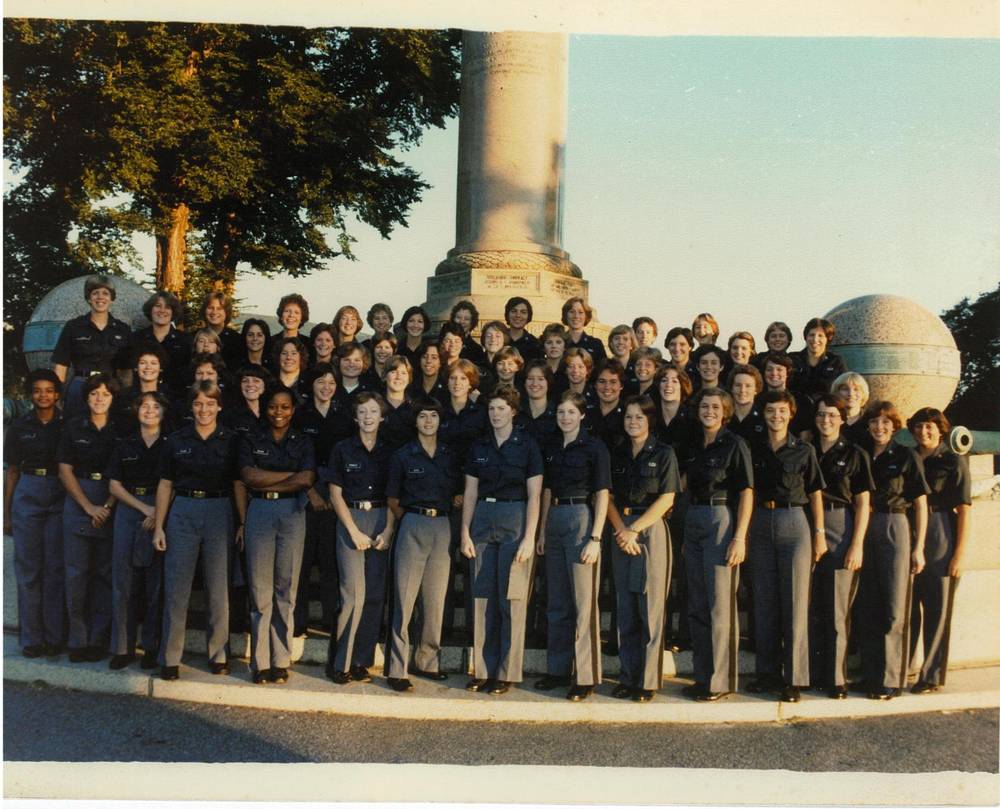 We all have our stories.  Maybe these narratives, rather than DNA, are really what make us human.  On the topic of military sexual trauma, I turned to my West Point women classmates for their input.  Ours was the first co-ed class. Out of over 900 graduates, 62 were women.

We didn’t get to know each other as well as you might think for all the shared challenges we faced. The message we absorbed was, “Where two or more are gathered, a conspiracy is brewing.” So, we went our separate ways, tried to blend in, and not draw attention.  A bellowed command of, “Miss, halt,” caused more than a few collisions and scuffed spitshines when women scurrying to class instantly obeyed.

Were we harassed? As Anne put it, “Oh, let me count the ways.  But was this exclusively because I was a woman? Yes and No.  Was this just part of being a cadet at West Point? Yes and no.”

Some ideas were “design flaws” like the shorty, see-thru bathrobes; go-go boots; swimsuits that failed to cover; 4000 calorie meals (leading to Hudson hip disease); and parade coat without tails. What was the administration thinking? Others were humorous, at least in retrospect, like the mandatory makeovers (what message does that send?) and group consciousness raising session that required physical restraint (Go, Karen!).

Some problems were simply criminal. A classmate was attacked in her room. She left; he graduated. It was not the only nighttime intrusion, but one that was most widely known, especially when you consider pre-internet days.

After this episode, women cadets were required to sleep two or more to a room. If your roommate was gone overnight, the remaining cadet needed to bunk with someone else or find another woman to sleep in her room, to ensure women’s safety at night.  Because of West Point’s honor code, we had “Absence cards” but not locks on the doors. Ever inventive, women applied military tactics by propping brooms or chairs against doors as early warning devices.  Locks weren’t installed on barracks room doors until around 1990—14 years after the arrival of women cadets.

And some rules were intended to prevent illicit encounters–like doors open when members of the opposite sex where in the room; then changed so the door didn’t have to be wide open—disruptive to studying; and yet again, door open and propped with a trash can. Dr Seuss would have had a field day composing a tale (see The Sneetches). At some point, windows received privacy shades, with specific rules about inches from sill in daytime.

Department of Defense (DOD) defines Military Sexual Trauma (MST) as rape, sexual assault, and sexual harassment. MST affects both women and men in uniform, but disproportionately affects women. Sexual assault and rape is widespread, with one study reporting that almost one in four women had been assaulted or raped, and that’s just reported cases. A female soldier in a war zone is at greater risk of being raped by a fellow soldier than dying under fire. Maybe the problem hasn’t gotten worse; but just better reported as a possible justification for increased assaults at military academies. Women entered military academies in the mid-70s. However, reporting on the effectiveness of sexual-violence related programs and policies was not mandated until 2007.

Neu Ulm, Germany; 1981; a guesthouse on an American Kaserne: The hotel was American-operated, in a gated community, as military facilities tend to be.  The group bathroom/shower was down the hall—separated from the sleeping area—more like a hostel, but a step up from a bunk in the barracks with no privacy. The window in the bathroom was a concern. One side of the casement had been lodged behind the washing machine. To close the window would require pulling the machine out and it was wedged beside the dryer. So the window stayed open, figuring it was the middle of the night and the room was on the 3rd floor. Mistake. A hand reached into the shower. A man pulled back the shower curtain. Water off, towel grabbed, and backed up toward the locked door; she managed to escape. He was never caught, but the souvenir composite sketch is a reminder that it actually happened… Like the shower scene from Psycho, the image will suddenly surface.

Why bring this up now, more than 30 years after the first West Point class with women graduated? Not only because of an increase in assaults at military academies, but  there has been a lot of interest lately with the showing at the Sundance Film Festival of the Invisible War which reports in an unflinching manner on rape in the military and the reauthorization of The Violence Against Women Act (VAWA). VAWA provides money to enhance investigation and prosecution of violent crimes perpetrated against women

Even if we weren’t physically assaulted, were we unscathed? The first class of West Point women can boast of a lot of accomplishments—mothers, doctors, lawyer, Indian chief (still reading?), Rhodes Scholar, teachers & professors, nun, general officer, SES’, activists, movers and shakers.  Perhaps the statistic that gives most hope is how many woman classmates have let their children attend service academies.  Mothers wouldn’t knowingly send their children into danger.

Commandeering the public address system to play I Am Woman before graduation was discussed but didn’t happen. Like the lyrics of that song, the West Point women of 1980 are resilient.

Yes I am wise

But it’s wisdom born of pain

But look how much I gained

If I have to, I can do anything

I raise a glass to all pathfinders—you can bend but never break us.