Founding Feminists is the FMF’s daily herstory column. We present the annals of women’s history with a newsroom twist.

To the surprise of many long-time suffragists and political observers, it’s starting to look as if it may be Democrats, not Republicans, who will be responsible for the final step needed to put woman suffrage into the Constitution. 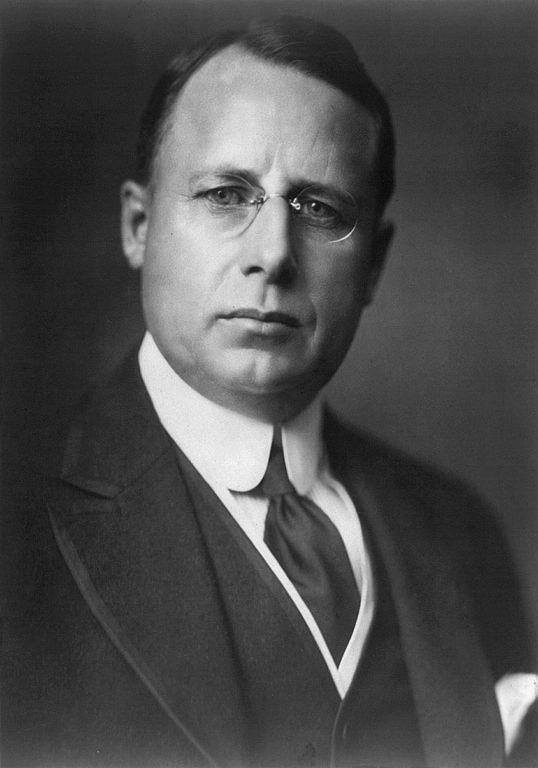 Governor James Cox of Ohio, who officially became the Democratic nominee for President last night, today sent a telegram to the head of the Democratic State Committee of Louisiana urging reconsideration of that State’s recent rejection of the Susan B. Anthony (nationwide woman suffrage) Amendment. He said that “the Legislature owes it as a duty to the Democratic Party to ratify at once.” (Of the 35 States which have ratified thus far, 26 are controlled by Republicans, 6 by Democrats, and in three, one party controls the House and the other the Senate. Of the 9 States which have rejected ratification, 8 are Democratic.)

Alice Paul was quite pleased with Governor Cox’s enthusiasm, and noted that:

By taking action on the day following his nomination to secure ratification by a Southern State, Mr. Cox is making an excellent beginning. He is evidently striving to make the suffrage plank of his platform an actuality. If his efforts continue with sufficient vigor there is little doubt of ratification by at least one of three possible Democratic States – Louisiana, Tennessee and North Carolina.

Of course, the entire ticket needs to be working for the cause, and the National Woman’s Party intends to meet with the Democratic Vice-Presidential nominee, Assistant Secretary of the Navy Franklin D. Roosevelt of New York. Though not well-known nationally – or even to Governor Cox – Secretary Roosevelt was described by his running-mate today as a “vigorous, upstanding, courageous and progressive Democrat.”

Suffragists are not giving up on Senator Harding and the Republicans, however. It was announced this evening that Harding will meet with a delegation of National Woman’s Party officers on July 22nd, the day he is given formal notification of his Presidential nomination. He has been somewhat non-committal on the issue of suffrage over the years, but did vote in favor of the Anthony Amendment on October 1, 1918, when it was before the Senate. Harding has not been active in its support, but that’s something the National Woman’s Party intends to change, and as President Wilson can attest, the party can be quite assertive when it comes to the art of persuasion.

In other encouraging news about ratification, Governor Bickett of North Carolina announced that he will call a special session of the legislature for August 10th, and that he has telegraphed President Wilson that he will urge a favorable vote on ratification of the Anthony Amendment.

As might be expected, the “antis” are becoming ever more desperate as they see their chances to stop ratification slipping away. Today, Charles S. Fairchild filed suit in the Supreme Court of the District of Columbia on behalf of the American Constitutional League, seeking an injunction to restrain Secretary of State Colby from signing the proclamation of ratification if a 36th State approves, and to keep Attorney General Palmer from immediately enforcing what would become the 19th Amendment. Fairchild contends that West Virginia and Missouri ratified illegally, and that there are only 33 valid ratifications, with three more needed, not just one. But according to the National Woman’s Party:

We are convinced that, as in the Ohio referendum case, the validity of the action of the various State Legislatures in ratifying the suffrage amendment will finally be upheld by the courts. Anti-suffragists are evidently grasping at straws in their attempt through court proceeding to lengthen the suffrage struggle and to force the expenditure of more money and time by suffragists for the success of their cause.

The grounds cited for the injunction petition are matters already passed upon by the Attorney General and the Legislatures of the States concerned, and in the case of Tennessee also by the Acting Attorney General of the United States. By filing certificates of ratification with the Secretary of State these have completed in the manner prescribed by the Constitution the process of ratification of the Nineteenth Amendment and we believe that the court will uphold the validity of their action.

So, with the Louisiana Legislature in regular session now, and about to reconsider the Anthony Amendment, and the legislatures of Tennessee and North Carolina to meet in special sessions in August, that final, 36th State ratification – and the end of a 72-year struggle – may be anywhere from just a few days to a few weeks away!