Founding Feminists is FMF’s daily herstory column where we recap the news from way back when.

Alice Paul is back in Washington, D.C., following a meeting with Republican Presidential nominee Charles Evans Hughes at the Hotel Astor in New York City. 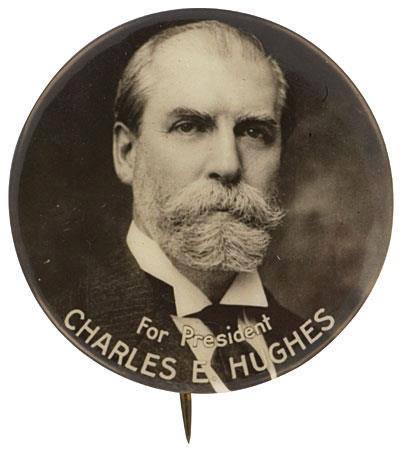 Paul said today that she made it clear to Hughes that despite her dissatisfaction with Democrats, his party must work to earn her support and women’s votes in the eleven full-suffrage States of the West, as well as in Illinois, where women can vote for President.

“If the Republican Party continues to dream it has nothing to do but sit tight and profit by the Democratic mistakes in regard to the Susan B. Anthony Amendment,” she said this morning at the headquarters of the Congressional Union for Woman Suffrage, “it is destined to a sad awakening.”

Her forces are already organized in the Western States, and will try to influence the 4 million women voters there to support whichever party will do the most to help win nationwide woman suffrage via the Anthony Amendment:

Voting women will not accept a mere endorsement of the principle of suffrage. They are solely interested in the best method of protecting their own political rights and of emancipating the rest of their sex. The Republican Party wants the women’s votes. They are essential to the success of the party next Fall. But it will not receive them by default.

Though both the Republicans and Democrats passed pro-suffrage planks at their conventions this year, they endorsed only the State-by-State method, something totally unacceptable to Alice Paul and her Congressional Union for Woman Suffrage and newly-formed National Woman’s Party of Western Women Voters. Organizing of the women voters of the West began in April, when the Congressional Union sent speakers on a tour of Western States in a “Suffrage Special” railroad car. A second campaign tour to unite and energize those millions of women voters seems likely, and may be even more extensive and intense than the first.

Getting the active support of Charles Evans Hughes for the Susan B. Anthony (nationwide woman suffrage) Amendment would give it quite a boost. The former Governor of New York and recent Justice of the Supreme Court, who resigned his position on the High Court on June 10th when he won the Republican nomination for President, is highly respected by most Americans. But regardless of whether he actively works for suffrage, or becomes President, just the fact that he considers Alice Paul to be enough of a political force in this country to agree to a meeting with her despite his rigorous campaign schedule shows the power of the suffrage movement in general, and the growing influence of its militant branch in particular.