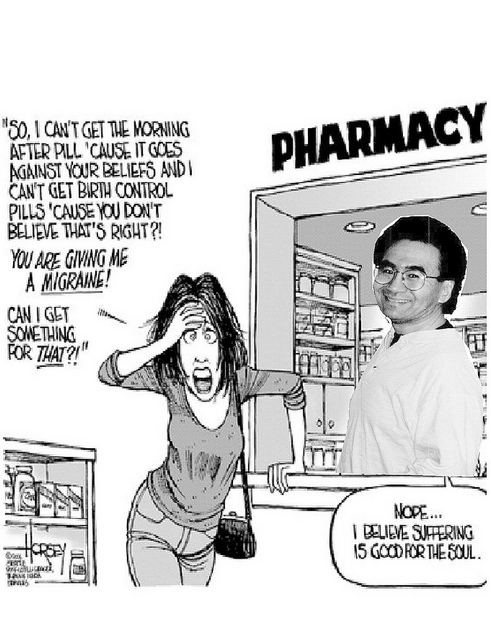 These are not the same. Yet I’ve repeatedly seen claims that the HHS decision on contraceptive coverage requires religious employers to cover “abortifacients.”

Clearly, those opposed to the preventive services rule know they are on shaky ground when it comes to rallying their troops against contraception. After all, their troops are using the stuff en mass (but hopefully not in Mass). Ninety-eight percent of Catholics have used a form of contraception opposed by the Vatican. The “abortifacients” claim is based on the fact that the preventive services rule requires coverage for emergency contraception. Some still seem to think that EC causes an abortion. It does not. I repeat. It does not. If you don’t believe me, then turn to another source, like the Catholic Health Association.

Yes, the Catholic Health Association ran a four-part series in the January-February 2010 edition of its publication Catholic Health Progress addressing the ethics of providing EC to rape survivors. The subtitle of one of the articles definitively states, “Science shows [Plan B] is not an abortifacient.” The FDA has most recently approved another type of emergency contraceptive, Ella, which can be taken up to five days after unprotected sex. The drug cannot disrupt an established pregnancy so it too is a contraceptive, and not an abortifacient.

Enough with the deceptive tactics.