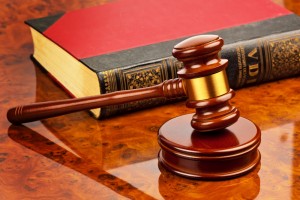 On Tuesday, the American Civil Liberties Union and Planned Parenthood filed a lawsuit to prevent an anti-abortion law that could threaten to close three out of the five clinics in the state from going into effect July 1.

The law, signed in April, requires that all abortions in the state be attended by an Alabama-licensed physician be present at every abortion and will require these doctors to have admitting privileges to local hospitals. According to the lawsuit, if the law goes into effect, three out of the total five abortion clinics in the state will be forced to shut their doors. In the complaint, the lawyers wrote, “The purpose and effect of the requirement, which is wholly unnecessary and unreasonable, is to impose a substantial obstacle in the path of women seeking abortion prior to viability… It is an unreasonable health regulation, and it has the unlawful purpose and effect of imposing an undue burden on women’s right to choose abortion.” If the law is allowed to go into effect on July 1, clinics will have 180 days to come into compliance.

Currently, the majority of clinics in Alabama have doctors who travel from out of state perform procedures. These doctors partner with local doctors with admitting privileges to provide necessary follow-up care. With the new measure, the doctors themselves must have the admitting privileges, severely limiting the ability of the current doctors to continue performing abortions in the state.