If you have ever been beate 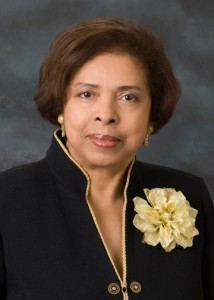 n, kicked, punched, slapped by a partner who claims to love you, it is not difficult for you to understand why it’s mandatory to have the Violence Against Women Act.  If you’ve ever had a daughter, a sister, a cousin who experienced the terrifying thought of being abused for no reason, then you understand why VAWA is necessary.

More women than you can imagine live in real fear of repeated attacks just because their partners feel nothing will be done if they abuse a woman.  Some still live under that old assumption that a man is king of his household and the women therein are his property and that the law is on his side no matter what he does.  We cannot allow that belief to prevail.

Like so many women, I have bruises that will never go away—some physical, some mental.  For years after getting a divorce and getting away from my abuser, I looked over my shoulder believing my former spouse meant what he said when he said he would find me and he would kill me.  Until the day he died, I had recurring thoughts of what he promised, and to this day, I cannot sleep without locking the door to my bedroom.

I don’t want other women to go through what I did when calling a policeman only meant you’d have him tell you, “He’ll have to practically kill you before we can do anything to him”.  That’s the way it was before VAWA and generations of women were told the same or similar things.  Many women did die praying for help that never came or came too late.  Let’s make every effort to save VAWA and save lives.  VAWA must be reauthorized.  We must do all we can to make it happen.

Cross-posted with the National Congress of Black Women and #HERVotes.