In Tennessee, North Dakota, and Colorado – three states deciding ballot measures aimed at restricting birth control access and outlawing abortion in the upcoming election – student activists are mobilizing to get out the vote. 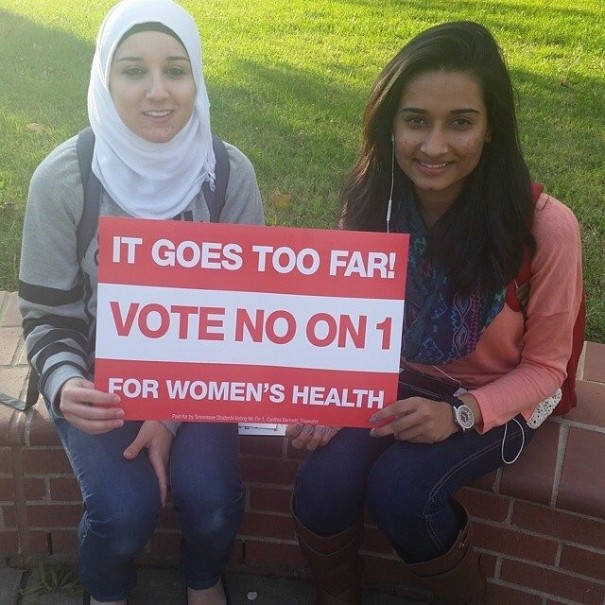 Members of  student-led Feminist Majority Leadership Alliance group Vanderbilt Feminists at Vanderbilt University have been working tirelessly to get out the word about Tennessee’s Amendment 1, which would take the right of privacy for reproductive rights out of the state constitution and give local legislators the power to restrict access to abortion, even in the case of rape, incest, or to save the life of the woman, and outlaw many forms of birth control, such as the IUD or the pill. Amendment 1 is a trigger amendment, meaning its full impact would be realized immediately if Roe v. Wade were ever reversed. In the meantime, its passage would explicitly give more power to state legislators to restrict access to abortion.

Early voting in Tennessee began on Wednesday and goes until October 30. The Vote No on 1 campaign, supported by Vanderbilt Feminists, has been recruiting both Tennessee resident voters and non-resident voters to help raise awareness and galvanize voters in opposition to the proposed Amendment. “Our goal is to reach out to voters and mobilize,” says Vanderbilt senior Erin Lee, a campaign intern. With the campaign’s help, the Vanderbilt Feminists have been training fellow students on activism, disseminating voter information, as well as calling students with information on how and where to vote. 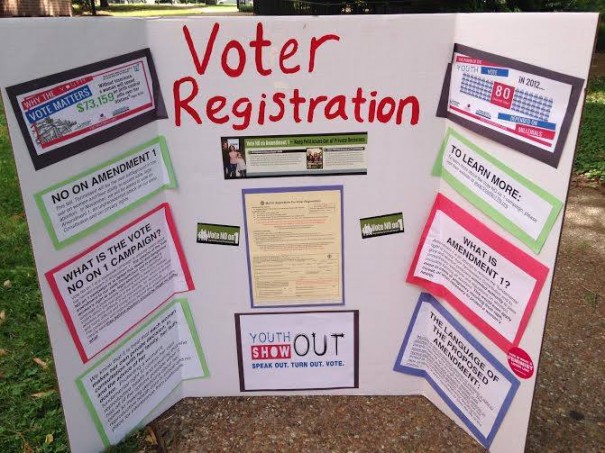 In North Dakota and Colorado, students are encouraging voters to vote no on two ballot measures that, if passed, would become the nation’s first personhood amendments. Measure 1 in North Dakota would create an “inalienable right to life” starting “at any stage of development” – including the moment of fertilization and conception. Colorado’s Amendment 67 would include fertilized eggs in the definition of “person” and “child” in the state’s criminal code and Wrongful Death Act, and would also ban all abortions – even in the case of rape, incest, or danger to the mother’s life or health – if Roe is ever overturned. Because of the vague language in both Measure 1 and Amendment 67, the proposed changes to North Dakota and Colorado’s constitutions could also eliminate or restrict access to some common forms of birth control, deny pregnant women with life-threatening illnesses access to treatment, ban in-vitro fertilization, and subject women who have miscarriages to criminal investigations.

“In voting no, we say yes to the continued accessibility of contraceptives, preventative care for women, and to the accessibility of safe abortion,” Kate Black, a senior at North Dakota State University at Fargo and one of many students pushing folks to vote no on Measure 1, wrote on the Feminist Campus blog. Students in North Dakota can vote early, often even on campus, from October 27 through 31 as well as on Election Day.

In Colorado, where residents and students can vote in person or by mail from October 20 through Election Day, activists gathered today with legendary women’s, labor, and civil rights leader and a Presidential Medal of Freedom Honoree Dolores Huerta in an effort to get out the vote and rally against Amendment 67.  “There is no better person to sound the alarm about how deceptive and harmful this amendment is to women’s lives,”  duVergne Gaines, director of the Feminist Majority Foundation Choices Program, said of Huerta’s presence.

For more information about ballot measures in your state, visit our Ballot Measures to Watch Out For portal.